Why Homeless Kids Are Everybody’s Problem 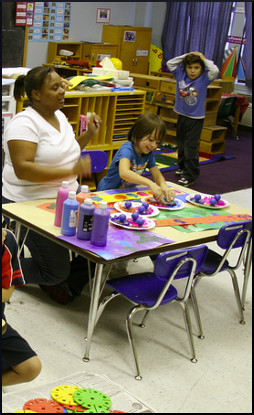 At the end of 2014, the National Center on Family Homelessness reported that America contained 2.5 million homeless children. The data came from the Census Bureau and the U.S. Dept of Education, which apparently defined homelessness as having no fixed residence, or living in accommodations not meant for human habitation (like garages, storage lockers, etc.), or in “some kind of temporary housing,” or as being on the verge of losing their housing.

One reason for the difficulty of discussing this issue is that various agencies define homelessness in different ways. The Dept. of Housing and Urban Development doesn’t recognize “doubling up” with another family as technically being homeless — or at least, sets up more hoops to jump through when a family is in this situation.

In one way, this is quite fair, because at least they have a bathroom and cooking facilities and even enough space to lie down and sleep — unlike a family living in a car. Still, the “doubled up” situation soon becomes untenable for both hosts and guests.

Another complication is that the people most likely to take in a homeless family are probably poverty-stricken themselves, and if they receive assistance to pay for their housing, Section 8 rules forbid sharing. To take in relatives or friends is to risk losing one’s own housing, and once a family is kicked out of the program, it is highly unlikely that they will ever get back in. So the end result is a large number of “invisible” homeless families who, even if they are counted in the statistics, probably can’t expect help that really makes a difference.

Last month, for CNS News, Susan Jones compared the 2009-10 school year figure with the 2013-14 number and found a 38.44% increase in the number of homeless students nationwide. The U.S. Department of Education recognizes four types of homeless students. One is sheltered, which includes those waiting for foster care placement. Another is “unsheltered,” and fortunately only 3% of these kids fall into that designation, which encompasses abandoned buildings, public spaces, and homeless “camps.” Another subcategory of homelessness is for kids residing in a hotel or motel; and the fourth is the “doubled-up” option.

Then, the Dept. of Education defines four other subgroups, according to personal circumstance rather than living situation. Any given child, in addition to being a part of one of the living situation categories, might also belong to more than one of these subgroups:

Homeless children with disabilities comprise the largest subgroup, followed by homeless students with limited English proficiency; unaccompanied homeless youth who are not in the physical custody of a parent or guardian; and migratory children (related to seasonal agricultural work).

The grim news is that every one of those classifications contains a larger number of kids every year. They are more likely than securely housed kids to suffer from poor nutrition and extended periods of hunger. They are also more likely to fall ill, and this includes mental illness. Among homeless children of school age, the mental illness rate is estimated at 40%.

Homeless kids’ access to healthcare is limited, and they are less likely to have opportunities for healthful exercise. Parental supervision might be inadequate, and what supervision there is, might be abusive or even violent.

The stress level that many such children experience has been called toxic. It interferes with brain function, and kids who experience mental and/or physical trauma in early childhood have even been found to have smaller brains.

Given all this, keeping up in school is bound to be a challenge. As one small example:

The earlier this kind of stress begins, and the longer it goes on, the worse the outlook becomes for their ability to comply with societal norms, to sustain personal relationships, to be employable, and to avoid addiction. Prof. Abigail Gewirtz, director of the Institute for Translational Research in Children’s Mental Health, says that formerly homeless children are “worse off” than those who never experienced homelessness.

Cathy ten Broeke of Heading Home Minnesota notes that even if the housing situation is remedied and becomes more stable, there is a lag time and it takes a while to catch up. This quotation is from Prof. Ann Masten of the University of Minnesota’s Institute of Child Development:

I feel it’s the issue of our times in the United States, how to invest in child development and address the inequality that’s undermining our future. The well-being of these children affects everybody.