Long-Lasting Effects on the Youngest Victims of Homelessness 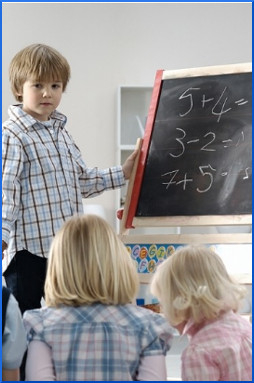 At the end of 2013, it was estimated that around eight million children had been adversely affected by the mortgage foreclosure epidemic that was such a prominent feature of the 2008-09 depression. By now, three years later, we trust that at least some of them are settled in housed circumstances that, if not permanent, are at least temporarily stable.

But it is the nature of an economic catastrophe to have far-reaching consequences. Sometimes the dominoes fall slowly, and it is totally possible that a percentage of families who were hard-hit by the recession managed to hold on for a few years, and then lost their grip, step by painful step. It is in fact quite likely that the disaster is just now catching up.

According to Children’s Hospital of Pennsylvania, an increase in admissions due to suspected or actual abuse was linked to the increase in delinquent mortgages. That is an example of one of the more extreme effects of the stress caused by societal upheaval. Each family has its own unique history and set of priorities, and no doubt many separations and divorces happened that otherwise would not have.

When a home is lost through inability to pay either mortgage or rent, devastation comes in a thousand different forms. Couples who were already at risk of breaking up figure, why not take advantage of this to go ahead and divorce?

Sometimes separations are involuntary. The wife’s parents might be willing to give house room to their daughter and a grandchild or two, but certainly don’t want to put up with that son-in-law they never liked anyway. Or the father might leave, trying to find work in another state, or at least hoping that the mother and kids will be more eligible for social services if he’s not around.

Greg Kaufmann wrote this for BillMoyers.com:

A single mother must apply for Temporary Assistance for Needy Families (TANF), which in Wisconsin is $653 per month no matter the size of the family. She then must meet a work requirement, arrange for child care, buy furniture and pay for utilities, among other challenges. If her child is sick and she stays home from work, she is sanctioned by the TANF program. She might lose her $653 assistance, consequently fall behind on rent and begin her slide towards homelessness again.

In any case, being a homeless parent is hard, and the kids don’t have it easy either. By mid-2014, school districts tallied up twice as many students experiencing homelessness, as compared with pre-recession America. For The Huffington Post, Ann Brenoff identified several of the difficulties they face.

Health and hygiene are major problems. There is little opportunity to soak in a bubble bath and play with rubber duckies. In some places, people are lucky enough to have access to free clinics, along with the likelihood of catching some new contagion in the waiting room.

Nutrition is iffy even for housed kids whose parents bring home paychecks. Parents don’t have time to carefully shop for organic ingredients and cook meals from scratch, and kids resist such conscientious attempts anyway, preferring to scrounge junk food any way they can.

On the subject of eating, Brenoff mentions an awkward fact that housed people probably never think about. When the annual food donation drive comes around, they generously donate canned goods without wondering what pot the family living in a car will empty that can into and what stove they will cook it over.

When a family is homeless, kids may subsist on public-school free lunches and little else. The writer hopes they will at least be issued a lunch card that looks the same as their classmates, and goes on to say:

If their family doesn’t have a post office box, it’s hard to mail home their report card. They don’t want everyone to know if the PTA paid for them to go on the class field trip. School projects that involve a trip to the crafts store for supplies pose a special burden on their families who can’t afford it. Participating in sports sounds great, but soccer cleats and baseball uniforms aren’t exactly in the budget. A lost textbook is a problem for a regular kid; a lost textbook is a catastrophe for a homeless kid.

Mail, incidentally, can be problematic. The US Post Office still has General Delivery, but it may be limited to only one facility in an area. A person needs a picture ID to apply, and to pick up mail, and needs to re-apply every month. There are no free PO boxes for individuals. To rent a PO box or a box at a commercial mail receiving agency requires two forms of ID, one with a picture and another with a physical address, so it may be doable if a person is prepared to lie and can do so successfully, and if a box is even available. Rent is paid 3 or 6 months in advance. Some people receive mail at a shelter or drop-in center, but there is no guarantee that any agency will offer this service.

On the academic side, homeless kids have a notoriously hard time keeping up. On the social side, forming friendships can be difficult or even impossible. But those challenges are subjects for another day.