Policies About Children Need to Change 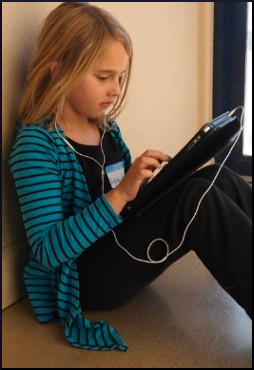 Many economic incentives exist that could inspire voters to greater efforts toward ending homelessness, if only they realized and understood the potential. Writing for the St. Cloud Times in Minnesota, Stephanie Dickrell analyzed some of advantages that our society could gain by taking a different approach to the plague of homelessness.

The main concern is with children, because growing up in chaos has a number of long-term effects on the body, mind and spirit. The bill comes due later, in terms of social service programs. The safety nets that America has put in place for disabled people and unemployable people and vulnerable people like children have never been more needed. Law enforcement costs don’t have to be so high, but they will continue to grow as long as police are occupied with the never-ending task of chasing street people from one vacant lot to the next.

Hospitals lose a ton of money treating indigent patients. It costs a lot to send firefighting equipment and personnel to take care of relatively minor matters, meanwhile endangering the homes and businesses they are meant to protect. The taxpayers shell out fortunes to keep people in jail who really don’t need to be there. The body politic is hemorrhaging money from every pore, when by merely taking the same amount and allotting it differently, it could avoid enormous expenditures down the road.

If Central Minnesota programs can make nine homeless youth self-sufficient by age 20, they save the equivalent of one year’s spending on services for 151 homeless youth.

That sounds like a reasonable tradeoff. The math was done by Steven Foldes, a University of Minnesota economist, with the aim of discovering the “excess lifetime cost,” or the amount that a homeless kid can cost society between birth and death. Dickrell says:

The lifetime excess cost to society will be about $93 million.
However, homeless population estimates are considered by experts to be low. Foldes estimates the costs may be about four times greater.

In contrast, look at what happens when a mother wants her boy (who loves school) to have a good education so he won’t grow up to be a burden on society. Remember Tanya McDowell, who was charged in 2011 with grand larceny and conspiracy to commit first-degree larceny, for registering her son at the wrong school? She took a plea bargain, but under the conditions set forth in something called the Alford Doctrine, meaning that the accused does not admit guilt, but does admit that she or he does not have what it would take to win the case.

McDowell was sentenced to five years in prison, which ran concurrently with another five-year sentence for an unrelated crime. Although regretting her participation in the other matter, she told the judge that, for trying to get her son a better education, she had no regrets.

Dr. Yvonne M. Vissing is an expert in the area of homeless children and youth, who works with the National Coalition for the Homeless. She founded the Center for Child Studies at Salem State University and wrote Out Of Sight, Out Of Mind: Homeless Children and Families in Small-Town America.

Dr. Vissing believes that policies and practices that marginalize, embarrass and stigmatize kids need to be changed. No children should be vulnerable to abuse, exploitation or neglect. The mindset dictating that some children are more worthy than others of care and help must be eliminated wherever it is found. Bureaucracies need to be called to account, and educational inequities must be cured. Parents must not be forced into positions where, at best, there might be two equally awful choices; where the question of the “best choice” isn’t even on the table.