How Clean Does a New Broom Sweep? 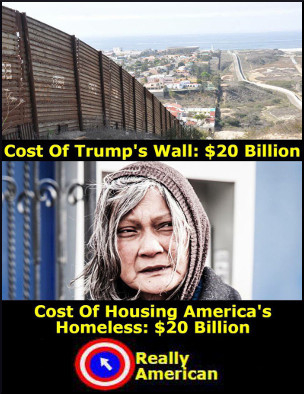 Nobody wants to flush dollars down the toilet. Here is a sentence from “An Open Letter to the Trump Administration”; written by House the Homeless:

Attack Taxpayer Waste: Address the shortcomings of the Supplemental Security Income Stipend, SSI that will result in recipients being able to afford basic rental housing with the disability stipend they already receive.

But in the legislative environs of Washington, D.C., there are many who believe that Social Security, housing assistance, and disability stipends are the taxpayer waste. Similarly, House the Homeless would like to see the minimum wage raised, preferably in the form of the carefully designed Universal Living Wage.

However, a lot of politicians want to see no minimum wage, period.

According to the organizations that keep track of these matters, basic housing has become even less affordable in recent years. All kinds of crazy talk is going around, about messing with Social Security and other safety-net programs. There will be tax cuts, but not for those who need them. Veterans will have to struggle to get their due.

What else will the new administration mean for the half-million Americans who are experiencing homelessness? According to the Los Angeles Homeless Services Authority, 47,000 of them live in the entertainment capitol, which is where ABC’s Antony Funnell learned that:

Some work during the day and live on the streets at night. Some are shabbily attired, others well dressed.

Not all of them sleep on the streets. Some find accommodation in homeless shelters. But there are too many people for the services available and nowhere near enough beds for everyone.

Anyone who follows the news will have noticed stories originating from many cities, about plans to end homelessness; and a lot fewer stories announcing the end of homelessness in any actual place. LA Mayor Eric Garcetti has a plan to eradicate homelessness.

Last year the city’s minimum wage went up to $15, and voters passed a $1.2 billion bond issue that will pay for the building of 1,000 apartment units per year over a 10-year period. So, that’s a bright spot. But nationally, the big picture does not look promising.

To lead HUD (Housing and Urban Development), the new president chose a multimillionaire doctor who is of course fully on board with the tax-cut concept, and who begrudges the expenditure of federal money on anything except armaments. He is known to be “philosophically opposed” to welfare programs of all kinds, and criticizes anti-discrimination rules as “social engineering,” so this does not bode well. The department employs around 8,300 people to keep the wheels turning and, hopefully, compensate for Ben Carson’s lack of field experience other than having lived in public housing as a child.

On the medical front, the prognosis is quite grim, since the administration plans to dismantle the Affordable Care Act. Substance abuse treatment programs are threatened. As we have seen, a large number of street people have histories of traumatic brain injury.

When less urgent levels of care are denied, hospital emergency rooms bear the brunt of the resulting acute illnesses. It goes without saying, that many unhoused people will suffer and die, and a great many currently housed people will experience homelessness for the first time after they go broke from medical bills.

As if all this were not ominous enough, Caroline Spivack reports that Brooklyn is coping with an increase in the number of people who would rather live on the streets of New York than be deported. They are afraid to go near any shelters, and with ICE agents haunting schools and churches to nab undocumented residents, this is a reasonable fear.

Admittedly, some individuals genuinely need to be taken into custody. New York is a sanctuary city and technically, there are well-defined criteria around whom to punish and eject from the country. Supposedly, “officials will not blow the whistle on non-violent undocumented immigrants who enter the shelter system.” In theory, an innocent person, even if undocumented, would have nothing to fear. But nobody is willing to take a chance, so the alleys and doorways overflow.