The Future of Diabetes and Homelessness 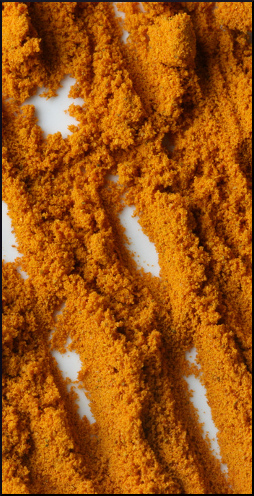 Note: This post is part two of our discussion of diabetes and homelessness. Part one, “Background on Diabetes and Homelessness,” was published last week, 6/11/17.

A brand new, hot-off-the-presses story describes the upcoming tests of a drug called GK831, which may turn out to be the answer to Type 1 diabetes and diabetic kidney disease. But even if it turns out to be effective, trials and the approval process take a long time, and, of course, pharmaceuticals are expensive.

Meanwhile, other interesting developments are happening in diabetes research, and many of them are based on the ancient wisdom of food as medicine.

Are you ready for broccoli pills? Or, better yet, fresh broccoli sprouts, which contain very concentrated amounts of the “miracle compound” sulforaphane. It works by suppressing liver enzymes that would otherwise stimulate glucose production.

Sulforaphane is a precursor nutrient. Meaning, when it enters the body, it starts out as something else and is processed into the super beneficial compound which can stop cancerous tumors from doubling, and help diabetics to balance their blood sugar levels, among hundreds of other clinically-proven health benefits…

In recent years, concentrated broccoli has also been researched as a treatment for high blood pressure, damaged lungs, some cancers, and even seen as a possible preventive measure against strokes.

An individual with one glass mason jar can grow enough broccoli sprouts to eat some every day. On a bigger scale, sprout production is incredibly easy, and requires no investment except for the seeds and some clean water. It would be the ideal business for a homeless entrepreneur, even working from a van; or as a group project in a transitional housing facility.

Monk fruit, or lo han guo, whose juice is from one to 200 times sweeter than sugar, might be a hit as a diabetes intervention. The fruit contains plenty of Vitamin C, protein and amino acids.

Even though it is an incredibly sweet fruit, monk fruit is able to lower the blood sugar levels of diabetics (and their cholesterol and triglyceride levels as well) and can even support healthy liver function, which is very important for diabetics to maintain.

The idea of natural blood sugar control is quite alluring. In addition to that, animal experiments indicate that monk fruit can help to protect the vulnerable kidneys of the diabetic.

The spice known as turmeric (pictured) has inspired at least 10,000 scientific papers. For instance:

A study published in the journal Diabetology & Metabolic Syndrome showed that turmeric may even help reverse type 1 diabetes. The study found that diabetic rats who received curcumin for 40 days showed an improvement in blood sugar levels and insulin. The improvement began after 4 months, and continued to improve at the 10 month mark when all levels almost normalized, and regeneration of the pancreas was observed.

Pancreatic regeneration sounds like the stuff of miracles, but how great would it be if the curse of chronic, Type 1 diabetes could be lifted? Even in a less optimistic scenario, the substance seems capable of mitigating high blood sugar, improving insulin sensitivity, and even of reversing the foreboding diagnosis of pre-diabetes. And it works through oral administration, not hypodermic injections.

Ayahuasca has gained the reputation of a life-changing psychedelic which could turn out to be the “silver bullet” for both addiction and PTSD. Thanks to one of its chemical components, harmine, the plant has another side. When the pancreas does not produce insulin, it is because an auto-immune process has destroyed the beta cells.

It now seems likely that harmine can regenerate beta cells, the Holy Grail outcome of diabetes research. Scientists from the Icahn School of medicine have found that…

These are not a bunch of kooks. This work was funded by Juvenile Diabetes Research Foundation, which leads the world in Type 1 diabetes research, and the National Institutes of Health. Meanwhile, the Harvard Stem Cell Institute has discovered how to make insulin-producing cells in large quantities.

Someone needs to create a methodology to standardize the delivery of healthful anti-diabetes based foods for people experiencing homelessness. Some organizations, such as National Health Care for the Homeless, the Worldwide Health Organization, and the Centers for Disease Control, have the necessary influence and resources to make this a priority. Additionally, mini-pharmacies need to be accessible in all health care clinics in all shelters. Finally,

The homeless food services community needs to let the food banks and all food contributors know that foods such as white bread, white rice, fruit juice, cookies, sodas etc. will not be accepted for distribution. ‘Acceptable food lists’ should constantly be distributed to everyone experiencing homelessness and presented with a positive message, e.g. ‘We all deserve healthy food.’
Richard R. Troxell, President,
House the Homeless