The Livelihood of People with Disabilities 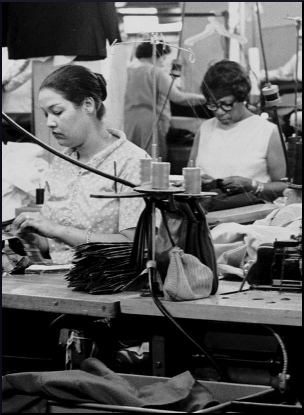 Let’s talk some more about the history and implications of the minimum wage and the sub-minimum wage. What we’re after here is to encourage people to sign the Petition to Support Fair Wages for Workers with Disabilities.

The TIME Act (H.R. 1377, short for Transitioning to Integrated and Meaningful Employment Act), has been around for a while and has bipartisan backing. A factsheet packed with details can be found on the National Federation of the Blind website, along with a description of the kind of future we are looking for:

The EmploymentFirst Movement promotes new concepts such as “supported” or “customized” employment that are successful at producing competitive integrated employment outcomes for individuals with significant disabilities that were previously thought to be unemployable.

Hamilton Nolan suggests that we are all hypocrites, “enjoying the low consumer prices that come with ultra-low wages being paid to workers abroad.”

Our own purchasing habits reward companies for paying wages that are sure to keep their workers in poverty for life. We soothe ourselves by saying that these desperately poor workers are still better off than they would be without a job; yet we would reject that argument if an employer here tried to use it to pay us less than the minimum wage.

“Count your blessings! You are better off with any job at all, no matter how unsatisfactory, than with no job.” That does sound exactly like the attitude of the government and employers toward Americans who are expected to work for a sub-minimum wage because they fall under the specially tailored group of exceptions spelled out in Section 14(c) of the The Fair Labor Standards Act.

As Richard R. Troxell, cofounder and President of House the Homeless, and CEO of the Universal Living Wage campaign, says:

If that work is important enough to get done, then certainly the person doing it whether they are 16 or 60, or brown or green or tall or short or blind or sighted, etc., should be paid for the work they produce. If you, as an employer, are using the work of an individual to run your business then you, as a compassionate human being, should pay them for a 40-hour week an amount that affords them a roof (other then a bridge) over their head. If you, as a member of our compassionate capitalistic society, are unable to include a commensurate number of physically/mentally challenged individuals into your work force, then perhaps you should lose your business license.

At any given time, there may be several pieces of legislation floating around that all address the same problem with varying degrees of sincerity. The proposed Raise the Wage Act (June 2017) is more backed by Democrats and wants to increase the federal minimum wage for everyone to $15 by 2024. (The only way some things can become law is by assuring the moneyed class that nothing needs to change just yet. Also, a lot can happen in six years.)

A nice feature of this legislation, should it ever pass, is that it would also get rid of the sub-minimum wage provision. This would affect not only people with disabilities but workers in restaurants and other service industries, and the teenagers.

Not all employers continue to get away with chicanery. Michelle Chen reported from West Virginia last year:

While there has been limited action at the federal level, three states — Vermont, New Hampshire and Maryland — have passed legislation that phase out use of the sub-minimum wage in their respective states. In several states, sheltered workshops are being shut down.

The payment of sub-minimum wages is often the result of a failure to recognize the tremendous advances in services and supports created since the 1930’s that allow individuals with disabilities to be fully inclusive members of the workforce, as well as the unique abilities of each individual.