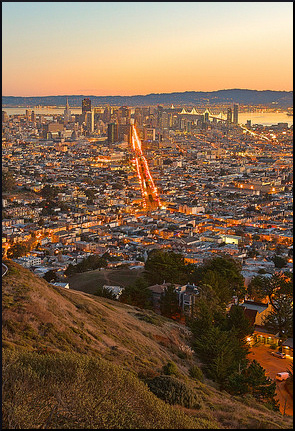 One might think that enough had been said about San Francisco’s peculiarities as an increasingly uninhabitable city. It paints an ugly picture of the possibilities faced by other cities.

Amongst all this, there is a bright spot. The rent control ordinance has some strange loopholes that, for once, benefit the tenant.

An illegal unit is one created without the required permits — so it doesn’t have a certificate of occupancy. Lacking the paperwork, the landlord cannot prove that the unit was created after the magic date of June 13, 1979, and voila! — the tenant is on rent control.

Also, the landlord can’t evict a person for illegal use of the property, because the landlord did something illicit by renting it out in the first place. Curbed.com says:

In a bizarre twist of red tape, you can sometimes be better protected living in an illegal unit than in a market-rate one built after 1979.

Still, even those tenants protected by the Rent Ordinance can be evicted for 16 “just cause” reasons, which include the breach of terms, non-payment of rent, and other offenses that are only fair.

On the other hand, evicted tenants are awarded relocation payments for many reasons, and there are some good humane rules on the books. After mid-June of 1979, there is no such thing as rent control, and tenants can be evicted for “almost any reason.”

San Francisco Tenants Union is a formidable source of information, including news about the exciting Ellis Eviction Mapping Project, which describes itself thusly:

We strive to make the often obscured mechanisms of material, cultural, and affective displacement palpable. We see the eviction epidemic as endemic to a political economy built to privilege corporate interests of real estate and tech, and seek to contribute to a living archive that deconstructs corporate collusion.

Some politicians are in favor of enacting a vacancy tax, attempting to force landlords to place empty units on the market, which would in theory increase the availability of short-term rentals by 8% or possibly as much as 12%. Although, like everything else, they would probably find a way to get around it and avoid paying the penalties.

Joe Eskenazi reported that San Francisco’s chief housing inspector, Rosemary Bosque, “confirmed there is no tool, no law — no means — to compel private property owners to rent out their rooms rather than leave them vacant.” Apparently this is not a problem outside the U.S., but Americans take their property rights very seriously.

Supervisor Aaron Peskin wants a vacancy tax. Here are some examples of the criticism via online commentary:

They made it very unattractive to rent and now when people choose to keep units vacant rather than rent under idiotic rent regulations, they want to tax vacancies.

This is a blatantly unconstitutional taking of property.

If you live in my property, and I want it back and can’t get it back, you are taking the property without just compensation.

There is a very strong feeling that investors are “just parking capital in the city’s housing stock” and leaving places empty for sinister reasons, like plain old greed. Apparently, it is more cost-effective to hold onto a building, with everything brand-new, in hopes that inflation will bring a huge reward when it eventually sells.

Many people believe that the whole scam is simply more dirty capitalist maneuvering. Because it does a great societal ill, by filling up the absolutely limited resource of square land footage with empty structures, some see a need to end this kind of speculation, and see a vacancy tax as the best way to discourage it.