The Royal Wedding and the People 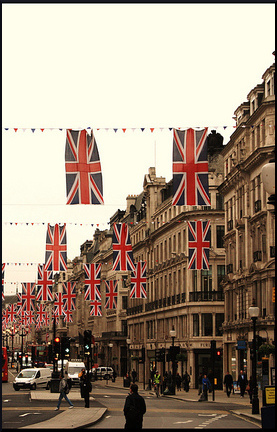 Speaking of public spaces and big doings, too often the official response to such events can be “excluding and abusive” says Richard R. Troxell, House the Homeless president and co-founder. “This is no longer the America that I hold in my heart and in my mind.”

In the past, wiser empires chose to extend public celebrations to even the most indigent subjects, with bread and circuses for all. Such generosity helps to stave off revolutions.

Windsor, site of the recent wedding of Prince Harry and Meghan Markle, is one of the most affluent towns in the United Kingdom. As in so many other places, the number of people experiencing homelessness has grown. So how did the rough sleepers of Windsor fare, in the run-up to the royal wedding and during the festival itself?

Way back at the beginning of the year, the local council leader made news by writing a letter to the local police, demanding that the streets be cleared of homeless people, well before the spectacle commenced. Some accused him of a heartless focus on prettifying the town for tourists and media, at the expense of the locals. Journalist Harriet Sherwood mentioned that, after making this first demand to the police, the conservative politician continued his campaign through social media, from his own temporary location at a U.S. ski resort.

Some benefits for Windsor’s homeless

The Windsor Homeless Project teamed up with a greeting card company to create memorabilia for the street people to vend directly to tourists. It also produced more substantial commemorative merchandise to be sold in shops, with part of the profit earmarked for the Project.

Meanwhile, individuals “on the ground” pessimistically predicted that they would be involuntarily relocated. A bus belonging to Christians Against Homelessness, which had been providing a venue for 10 people to sleep each night, was seized by the police.

At the same time, a Thames Valley police superintendent told the BBC that his department would take a very compassionate approach, saying, “This is a public event, so everyone is welcome.” A council spokesperson said the area’s customary street people were offered somewhere else to stay during the commotion, and/or a place to store their belongings safely.

More than 300,000 people have signed a petition to stop Windsor council from “removing rough sleepers” before the royal wedding.

KRDO.com described the people experiencing homelessness as “in the spotlight.” Social media lit up with protests from sympathetic housed people on behalf of the people whose property was being removed from them. The reporter wrote,

Some questioned how rough sleepers who had given up their sleeping bags and personal items would cope in the days and nights until Monday. Others pointed out the apparent double standard as royal fans arrived in Windsor armed with sleeping bags, backpacks and bunting and prepared to camp out overnight in the hopes of spotting the royal couple’s procession. They are setting up camp on the same streets where rough sleepers have bagged up their belongings and handed them over to the authorities.

The police, however, insisted that no one was forced to place their gear in storage. But if they toted their belongings around they could expect to be searched, and quite possibly have things confiscated. Any unattended baggage might be viewed as a disguised bomb, and treated accordingly.

Not surprisingly, some Brits astutely pointed out that, for the price of the royal wedding, all the rough sleepers in the area could have been housed, not temporarily, but permanently. Sadly, that is not how governments comport themselves. Instead, some throw fancy weddings; others hold self-aggrandizing military parades.