Coping With the 800-Pound Gorilla 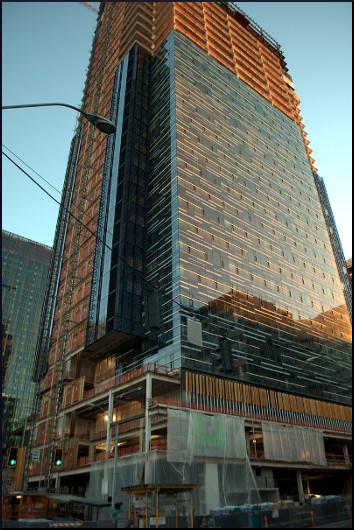 It’s the oldest joke in the book, and not so funny when, as in Seattle, several gorillas (with names like Amazon, Tableau, Microsoft, Google, Expedia, Facebook, and LinkedIn) are lounging around on the parlor sofas with their feet up on the coffee table. What happens when mega corporations take over a city? They pretty much have to be called “Sir,” and, in civic matters, they tend to get their way.

As we discussed, the homeless population of Seattle has increased by 4% in the past year. Of all U.S. cities, Seattle contains the third largest group of people experiencing homelessness — not by proportion, but by actual count.

Amazingly, Amazon owns more office space in the city than the total owned by all of the next 40 largest employers combined. Even though this is commercial real estate rather than living space, Amazon’s near-monopoly is seen as contributing to homelessness in the area.

Jonathan O’Connell cautions the cities who strive to become Amazon’s HQ2, cities where officials want the luring of Amazon to be an item on their resume. They are tempted to offer all kinds of enticements and exceptions and treats, as well as forgiveness for sins not yet committed. O’Connell wrote:

In Seattle, that meant rehabbing an area of more than 350 acres at a cost to taxpayers of hundreds of millions of dollars in ongoing transportation and infrastructure upgrades expanding public transit, road networks, parks and utilities.

Rents in King County have more than doubled in the past 20 years, and gone up 65 percent since 2009. Seattle spends more than $60 million annually to address homelessness, up from $39 million four years ago.

On an average day, Seattle gains almost 60 people. Landlords openly advertise the favors they are willing to do, but only for those employed by Amazon, Google, or Microsoft. Low-income workers with jobs in the city have had to move farther and farther away, costing them additional gas and other transportation fees. Also, with more cars driving more miles every day, air pollution increases.

Bellwether Housing, a nonprofit that manages 2,000 affordable housing units, cites a vacancy rate that hovers around 1%. There is a glimmer of light. O’Connell says:

As Amazon’s boom has continued, the city approved a rule this year requiring landlords to accept the first viable renter who applies — rather than cherry-picking a tech worker. The government also adopted an inclusionary zoning policy requiring developers to set aside some new units at below-market rates or pay into a fund to develop other affordable units.

In over eight years of meetings with voters, Seattle city councilmember Mike O’Brien has never heard a nice story about Amazon. O’Brien has listened to the company get linked to nearly every major problem facing the city.

Amazon’s negative reputation in Seattle has roots in its philanthropy. Or its lack thereof.

Currently, Amazon lists 70 local charities that it has supported, but the giant corporation had to be shamed into it. Until the light of public scrutiny was cast in their direction, Amazon was not even supporting United Way. Even now, and unlike similar corporations, they don’t reveal the size of their gifts. For all anybody knows, they gave 70 charities $10 apiece.

In a comprehensive and very digestible article about the Seattle situation, April Glaser quotes Rachel Fyall, professor of public policy and an expert on housing, who defines Amazon as the biggest player in the housing market crisis, and goes on to suggest the potential helpfulness of involving the financial big dogs in municipal planning processes.

This would be in return for paying some taxes once in a while, a civic duty that corporations are loath to perform. Glaser says the contribution to urban planning could include…

[…] supporting different kinds of housing initiatives for people who are at risk of being displaced or policies that would help those currently in Seattle from being forced to leave, or enter homelessness, while zoning and construction catch up.

Or, it could be a total train wreck. In too many places, and under too many circumstances, letting corporations pay to play has turned out to be a poor choice. Give them an inch, they take a mile. The more breaks and exemptions they get, the more they want. The opportunity for corruption is dazzling, and the outcomes can range from dismal to abysmal.

Glaser suggests that too often it’s all about public relations or optics, rather than “a thoughtful approach to philanthropic giving.” She winds up with a ironic or possibly snarky reference to an Amazon-backed shelter project that has had problems:

Well-paid tech employees moving to Seattle will continue to require housing, prices will continue to rise, and more families and individuals who aren’t a part of the city’s white-collar workforce are likely to end up on the street. A few of the relatively lucky ones may even find a bed at Mary’s Place.

Your responses and feedback are welcome!