Excuse Us — Where Is That Crisis, Exactly? 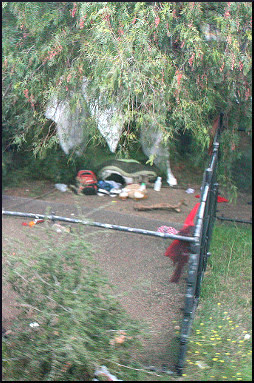 A recent headline reads, “This Is the City Most in Danger of a Housing Crisis, Study Finds.” What they mean is a specific type of housing crisis, defined by certain parameters and formulae.

The page says, “GOBankingRates determined which places are most in danger of a housing crisis based on three factors,” and then proceeds to list not three, but six precisely enumerated factors:

Negative equity is when the person owes more on their mortgage than the market value of the house, so even if they sold it today and turned all the money over to the bank, they would still owe — which is a terrible situation to be in. Being stuck like this influences many life choices. It precludes the opportunity to move away and start over somewhere with a better job market.

In a negative-equity condition, the home “owner” is unable to borrow money for other purchases, and the whole economy goes to hell. As Zillow.com notes:

Negative equity can have a number of other chilling impacts on local housing markets, disproportionately impacting minority communities and owners of lower-valued homes, exacerbating inventory shortages and increasing the likelihood of foreclosure for underwater homeowners.

At the peak of the negative equity crisis in early 2012, nearly a third of all homeowners with a mortgage — 16 million people — had negative equity in their homes. At the end of 2017, roughly 5 million homeowners still were underwater, more than half of them deeply so, with mortgage balances totaling 120 percent or more what their homes were worth.

That sounds bad enough, but it gets worse: 15% of the “underwater” home owners owe at least twice what their homes are currently worth. It must drive people insane, wondering how that is even possible. You’ve been paying the mortgage for years, and now owe more than you did at the beginning. So, if you found someone willing to pony up the market value in cash right now, it would only pay off half of what you owe.

After GOBankingRates published its report, other websites adapted the information and created annoying, time-sucking click-bait versions of it, generally with a title referencing the 54 cities most in danger of a housing crisis (and potentially 54 pages to get through to find your own city). At least GOBankingRates has the decency to place all the bad news on one page.

In the bankers’ analysis, by the way, the five cities most likely headed for a crisis are:

The math just doesn’t work out

In most of the country, a minimum-wage worker needs two-and-a-half full-time paychecks to rent a one-bedroom apartment. This is based on the “rule of thumb” conjured up by the Department of Housing and Urban Development to represent the percentage of income a family should spend on housing, which is 30%, or almost one-third.

When the baby boomer generation went to school and learned a subject called Home Economics, the governmentally recommended standard for that ratio was 25%. Americans used to be taught that one dollar out of every four was the proper amount to expect to spend on housing. Now we are told that one dollar out of every three is the correct amount. The switching of that recommended proportion is as egregious as any of the history-wiping imagined by George Orwell in his novel, Nineteen Eighty-Four.

Here, from Zillow Research, is the rundown of the 10 most cruelly, brutally unaffordable rental markets in the land of the free:

Now, remember those numbers from a couple of paragraphs ago? How one-fourth was the amount that people used to normally spend buying or renting a place to live, and then how the recommended fraction magically grew to one-third?

In Los Angeles now, the median share of household income spent on rent is 47.6%. That means people are spending very close to HALF their income, just to stay housed. And the crisis is everywhere.

Source: “This Is the City Most in Danger of a Housing Crisis, Study Finds,” GOBankingRates.com, 07/13/18
Source: “Housing Data 101: What is Negative Equity?,” Zillow.com, 07/18/17
Source: “A minimum-wage worker needs 2.5 full-time jobs to afford a one-bedroom apartment in most of the US,” BusinessInsider.com, 06/14/18
Source: “10 Most Affordable Markets for Renters,” Zillow.com, 05/31/18
Photo credit: Richard Masoner/Cyclelicious via Visualhunt/CC BY-SA