About the Universal Living Wage 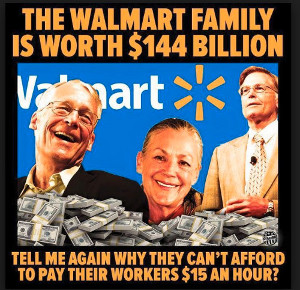 We recommend The Universal Living Wage Whitepaper, the comprehensive guide to an idea whose time has come, written by House the Homeless co-founder Richard R. Troxell, which can be read online or downloaded. There is a lot to absorb, but the basic ideas are easily graspable.

Here is Richard’s recap of how he laid out the basic ideas to those present at a breakout session at the White House Summit on Working Families in the summer of 2014:

The Universal Living Wage uses existing government guidelines that ensure that if a person works 40 hours in a week (be it from one job or more), he or she would be able to afford basic food, clothing, shelter (including utilities), public transportation, and access to emergency rooms, wherever that work is done throughout the nation. This will end homelessness for over 1 million people, and prevent economic homelessness for all 20 million minimum-wage workers. It will stimulate the national housing economy, save billions in taxes, and stabilize small businesses across America.

The Universal Living Wage (UWL) intends to adjust the federal minimum wage and index it to the local cost of housing in any area. When properly adjusted, the ULW should ensure that anyone who works a 40-hour week can afford basic rental housing, and that means safe and decent as well as affordable.

Speakers at the exciting event included former President Barack Obama, Michelle Obama, Nancy Pelosi, and Gloria Steinem. Amongst talk of paid paternity leave, flexible work hours, wage equality and comprehensive health care and child care, attendees were astonished to learn such gritty realities as the fact that in three states, the cost of child daycare had surpassed the cost of state college tuition.

Another Troxell contribution is the Open Letter to Barack Obama. Then, the curious reader might want to proceed to the Universal Living Wage website and focus on such details as the Wage Calculator.

We also recommend the past House the Homeless posts, like the one that discusses a strange and seemingly intractable paradox. The super-wealthy who run everything really don’t want anyone to pay the workers a living wage. On the one hand, they themselves have no intention of paying workers enough to live on. On the other hand, they certainly do not want the government involved in anything that resembles a guaranteed income, because the government can only acquire the funds to supply a guaranteed income by taxing the super-wealthy. That would be socialism, a word that scares them more than Satan.

They will stand for nothing that smacks of the redistribution of wealth, like for instance the program colloquially called “food stamps.” They need workers, but pay their workers so little they have no choice but to apply for food stamps. And then the super-rich who own everything cry and whine because they suspect that money is coming from their pockets — which there is very little chance of, since their expert lawyers will help avoid any taxation of either their giant corporations or their personal wealth. The people who own the factories and stores don’t want to pay their employees enough to live on — nor do they want to pay taxes that would filter the money through the government, and supply the employees enough to live on.

They reject both answers as unsatisfactory. To put it simply, they just plain don’t want workers to make enough to live on! At one point, McDonald’s added insult to injury by unveiling a plan that would help their employees budget their money properly. Just get a second job and apply for food stamps, and all will be well.

The plan allowed $600 per month for rent, which is laughable almost anywhere; nothing for heat; nothing for clothing. It allotted $20 a month for health care.

As just one example of the unreality, research commissioned by the American Diabetes Association showed how ridiculous that number is, especially for dependent child insulin users. For many people, the cost of insulin runs into the hundreds of dollars each month. In the most basic possible meaning of “trying to make a living,” people have actually died from attempting to nurse their insulin supplies, hoping to make them last longer.