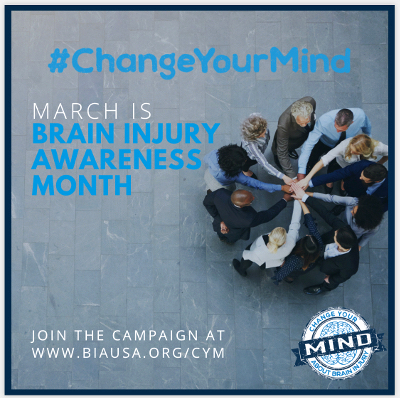 A hundred years ago, it was called shell shock because artillery shells were what landed in the trenches and exploded around the British troops. It was also called battle fatigue, and it could strike at any time, in the first firefight or after years of combat experience. The shell-shocked were said to have “lost their nerves.” Usually, the term wasn’t even pejorative, simply descriptive. And even back then, they called it cracking up.

The person might never stop shaking or, conversely, might turn into a living statue, staring blankly and unable to move. There might be memory loss. Or he might lose the ability to speak. If touched, or for no discernible reason at all, he might turn very violent. Or he might weep helplessly and cry out for his mother.

Given a choice, active duty troops said they would rather lose a finger or even a leg, than get shell shock. Determined to continue fighting for their country, or simply not wanting to be seen as cowards, some men worked very hard to hide the evidence of their deterioration.

But thousands of soldiers who lived through World War I, even the physically unwounded, came away with crippling disabilities. If they were officers, they likely had family homes to return to, or upper-class friends they could stay with or borrow a cottage from. Some isolated themselves, some killed themselves by quick or slow means. The lower-class veterans were not so lucky. Then as now, a lot of them ended up on the streets or worse.

Many experts see shell shock and post-traumatic stress disorder (PTSD) as the same thing, though apparently in WWI the symptoms were more likely to be physical, whereas nowadays the psychological aspects have come to the fore. For the Smithsonian, Caroline Alexander wrote,

Early medical opinion took the common-sense view that the damage was “commotional,” or related to the severe concussive motion of the shaken brain in the soldier’s skull. Shell shock, then, was initially deemed to be a physical injury…

As the war dragged on, medical opinion increasingly came to reflect recent advances in psychiatry, and the majority of shell shock cases were perceived as emotional collapse… There was a convenient practical outcome to this assessment; if the disorder was nervous and not physical, the shellshocked soldier did not warrant a wound stripe, and if unwounded, could be returned to the front.

The medical establishment got over its first impression. Too many struggling veterans had not even been that close to being blown up, so their malfunctions could just be psychosomatic, which in many people’s minds is right next door to cowardice and even malingering. Both then and now, opinions have differed on whether these conditions exist because of physical damage to the brain, or not, and it might be that energy is wasted on that question that could be better used helping the victims.

Vietnam Veteran John Ketwig charges the Pentagon and the Veterans Administration with refusal to acknowledge “the existence of moral damage from war” or that “PTSD is an outpouring of the soldier’s intrinsic humanity.” He wrote:

Post-Traumatic Stress Damage is a normal and predictable reaction to the horrors of war, the heart and soul’s reaction to the unthinkable destruction of brick and mortar and life and limb… When they see modern combat, the horrible effects of modern weapons, and the brutality encouraged by today’s American way of waging war, far too many are mentally and emotionally scarred for life.

On the ground in Vietnam we said the fallen were “wasted.”

And there it is. Every combat death is a waste of life, a waste of all the love and care that the soldier’s parents put into raising a child, a waste of the taxpayers’ money that went into training the soldier, a waste of all the potential and the aspirations that once belonged to that person and that could have resulted in a full and happy life and unguessable contributions to humanity, had the war not intervened.

But it doesn’t take death to waste a life. When a person comes back mentally shattered, that life is on track to end up wasted, just as surely as if the death certificate had already been issued. Here are words from someone who veered close to the edge, Richard R. Troxell, President and co-founder of House the Homeless. His book, Looking Up at the Bottom Line, describes post-war confusion. Richard wrote,

We have veterans who have served our country well in Vietnam, Desert Storm, the Gulf War, Iraq and in Afghanistan killing in the name of God and Country, returning to their home only to find they have none. Others were so traumatized, like myself, that they vomited it all up and wandered the country aimlessly for years confused, in pain, and abandoned.

A major increase of homelessness began with the end of the Vietnam War due to a glut of returning soldiers. Most of these young men and women were too emotionally destabilized to work even if they could find it. Many were suffering PTSD.

Many vets and many other people experiencing homelessness have PTSD in addition to Traumatic Brain Injury, either diagnosed or undiagnosed. This is Brain Injury Awareness Month, and we will have more to say about it next time.

Thanks to our supporters, the much-anticipated life-sized bronze statues will be introduced to the public at Austin’s Community First! Village in May 2019. We invite you to the unveiling ceremony, details below: