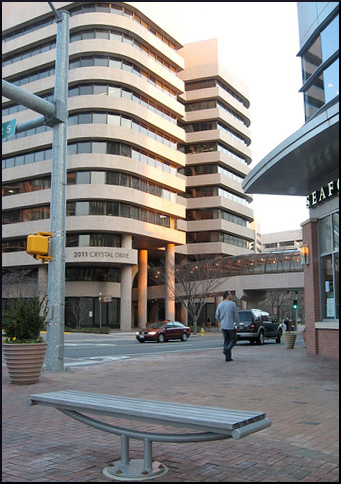 Everything affects homelessness. Job loss, divorce, well-paid people moving in from out of town, gas prices, food prices, overzealous law enforcement, disrupted family connections, public transport, church activities… All these factors, and many more, exert influence on people’s ability to find a job, keep a job, feed their kids, and pay rent, meanwhile hanging by their fingernails to the edge of a cliff. And then, when they lose their grip and become homeless, all the same factors rule their lives all over again, only worse this time.

We have been looking at what the presence of Amazon’s main headquarters for a decade has done for, and especially to, Seattle. The city volunteered to be a petri dish for the accelerated breeding of societal problems, and perhaps even as a canary in a coalmine. Whatever happens there, should be watched out for in the additional locations that Amazon colonizes.

After mulling it over for a year, the giant corporation finally chose two cities to split the honor and become HQ2A and HQ2B. The process by which this choice was made has been described by various experts as a scripted drama, a heist, a cynical game, a robbery, a fleecing, an absurd spectacle, a con job, and giving the house keys to a burglar.

The least offensive description that has been used is “auction.” American municipalities offered Amazon everything they could. Negotiations and agreements were all supposed to be secret. Apparently, if the corporation announces details, that’s okay, but the cities must disclose nothing.

Investigative reporter David Dayen notes Amazon’s contractual right to “seek a protective order if any entity seeks more information about the deal.” Not only will they not tell you anything; you’re busted for even asking. However, there are always leaks. Word on the street is that Boston’s bribe included $75 million to build affordable housing — for Amazon employees.

Dayen’s estimate of the total Amazon take for locating one of its HQ2s in New York is around $1.5 billion. The state has something called the Excelsior Program that gives them $48,000 for each job they say they will create, and $1 billion from the REAP program (how apposite) and more from the ICAP program and the PILOT program.

Also, get this, “a $325 million cash grant from Empire State Development for occupying office space.” What??? (Maybe it’s to guarantee that the lights inside skyscrapers are left on all night to look pretty in photographs?)

However, a couple of New York politicians put the total of Amazon loot at closer to $3 billion. As journalist Margaret Kimberly points out, even a conservative figure of $1.7 billion implies rewards for Amazon equivalent to $65,000 for each New York resident.

Why not, instead, just give each New Yorker $65,000? Which would probably do a lot more for the economy… some people say. Dayen writes:

The Virginia site could yield Amazon another $573 million in subsidies, and an additional $200 million if they expand… This money comes in a cash grant of $22,000 per job, and a portion of the growth from hotel taxes in the city of Arlington. Under the contract, Amazon got a commitment from the state for “regulatory flexibility” that will lighten regulations on the company.

“Regulatory flexibility” is a dangerous phrase that can be interpreted in any way that seems expedient at the moment. Actually, according to some estimates, the entire bundle of boodle for both planned locations could total as much as $4.6 billion. As Everett Dirksen reportedly quipped, “A billion here, a billion there; pretty soon, you’re talking real money.”

The picture gets worse. Dayen and others who have studied up on it conclude that the real money for Amazon will lie in the “treasure trove” of information that more than 200 cities gave up — non-public information that the respective governments supposedly divulge to no one else.

That giveaway makes all of them “the biggest suckers,” says Dayen, because:

Those bids didn’t just include the size of the bribe; they included a wealth of important data about plans for transportation, housing, education and workforce development… Amazon can set up operations with the foreknowledge of what cities have divulged to them. It can build its convenience stores or bookseller outlets where cities have planned rapid development and population growth. It can locate its warehouses where a new highway expansion is imminent.

Lousy poker players all, every one of those cities showed its hand. Amazon now knows exactly how much each one would be willing to fork over if the prospect of HQ3 or HQ4 were to be dangled before its eyes. This translates into what those in the financial coercion game call “significant leverage.”

As Dayen puts it, “Monetizing of this new data trove will yield untold billions of dollars in value.” For Amazon. Not for any person experiencing homelessness in Seattle, New York, Washington, D.C., or any other American city whose flirtatious free-money charms might catch the wandering Amazonian eye.