Another Voice of Experience 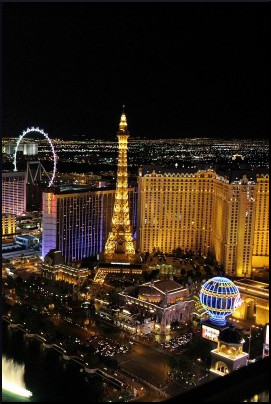 Recently, House the Homeless outlined the thoughts of a man who has spent 20 years working in organizations to aid people experiencing homelessness in Seattle. Today, we look at someone who has spent almost that long as a professional writer whose main topic is the unique homeless situation in Las Vegas, Nevada.

Back in 2005, the National Coalition for the Homeless named Las Vegas one of the five most inhospitable and punitive cities, citing with overcrowded shelters and a closed Crisis Intervention Center, frequent “sweeps,” and a vengeful mayor who encouraged law enforcement personnel to criminalize homelessness with an iron fist. For some reason, the local homeless community is atypically youth-heavy. This is worrisome because people who grow up in dire situations may be even less prepared than other kids to find a path to a happy and productive life.

Or perhaps not. Matthew O’Brien provides examples of industrious, ambitious people he has met in the tunnels. Beneath Las Vegas are about 250 miles of flood channels, inhabited in some sections by courageous survivors who deal with barriers and setbacks that safely housed “solid citizens” can’t even imagine. He says:

Call the homeless what you will, but don’t call them lazy. They’re the toughest, most industrious people I’ve met.

O’Brien wrote a book about them, and founded Shine a Light, which collaborates with other organizations to help people get back up onto the earth’s surface. As of mid-2017, he estimated that probably only 300 people remained underground. Progress had been made among the tunnel residents, and many military veterans had been helped.

For most of the city’s homeless, however, the situation had not improved. Today, many people live in vehicles, abandoned buildings, motels, and tents.

Out of sight, out of mind

Most people experiencing homelessness aspire to stay “under the radar,” and especially to not attract police attention. This is one of the problems with the official census, for which O’Brien has volunteered, and about which he repeats some often-heard truths:

It’s conducted in the middle of the night during the week in January, which discourages volunteers. Those who do show are tasked with covering a large tract of land in a short period of time. Also, at night in January, the homeless are burrowed in and less visible to the volunteers or perhaps temporarily off the streets… While the jargon-filled, 200-page-plus census suggests otherwise, my eyes are telling me the numbers are surging.

Most recently, the county’s official total was 6,200, which O’Brien believes to be a woeful underestimate. He puts the number much closer to 10,000.

What about mental illness? Other cities are different, but according to someone who has every reason to know Las Vegas seems to contain only a small percentage of mentally ill homeless people. But addicts, that’s a different matter. O’Brien concedes that the great majority of homeless people in Las Vegas are hooked on something. The local substances of choice are crack cocaine, heroin, and methamphetamine. Just as a point of interest, he says:

Many of these addicts have told me that gambling is the worst addiction of all, because of the false hope it creates and it’s available 24/7. This, however, does not mean the addiction caused them to become homeless. Oftentimes, the drug, alcohol or gambling is used to drown out a traumatic event or as an escape from their present predicament.

Like anywhere else, Las Vegas is made up of people who got messed up by the city, and people who were already messed up when they arrived. It became a rich and famous place by selling popular commodities: liquor, gambling, hard drugs, and sex. Not surprisingly, many of the local homeless people are, one way or another, victims of that very tolerance.

Also like anywhere else, a lot of righteous citizens still refuse to understand is that addiction is a disease as much as diabetes or multiple sclerosis. But compassion does not pick and choose:

Eventually, they’ll hit rock bottom, and we should be there for them when they’re ready to make a change.

Because of the addiction problem, O’Brien advises against donating cash to individuals. His personal solution is to buy a meal for the needy person, or donate a prepaid card for a fast-food outlet. His habit is to keep bottled water, snacks, shampoo, deodorant, underwear, and socks in his car, and in his backpack when he goes on tunnel expeditions.

But even more important are the friendly greeting, the handshake, the encouraging word. O’Brien says of the tunnel-dwellers:

They’re uniquely appreciative, and I’ve seen “small” acts such as these lift their spirits and boost their confidence. They can even inspire them to make a change.

More recently, O’Brien announced that he would be “moving to Central America to teach and write.” He has another book in the works, which will tell the stories of some former tunnel dwellers who have achieved more conventional existences..

Infrastructure renovation in the U.S. threatens as many as 100,000 people who live beneath bridges, overpasses, and other elements of the built environment. Before the work begins, we want to see them relocated to safe temporary housing, and we ask the agencies involved to use their allotted contingency funds for that purpose.

Please call the White House, your elected representatives, and HUD boss Ben Carson to urge that this be done.

No offense to the life-saving help given by shelters, soup kitchens, storage lockers and mail services, but what the bridge people need is exactly what the Las Vegas people need — permanent housing, bolstered by supportive services. People need help to deal with bureaucracies, handle their money, solve their health problems. They need rehab programs and job training programs. The infrastructure renovation plan could provide the impetus for real change.

Source: “What I’ve Learned in 20 Years of Writing About the Homeless in Las Vegas,” DTLV.com, 05/17/17
Source: “Man who shined light on Las Vegas’ tunnel dwellers moving on,” ReviewJournal.com, 07/28/17
Photo on Visualhunt