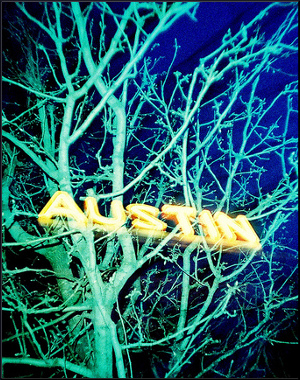 In January, the Department of Housing and Urban Development (HUD) made public the amounts that homeless assistance programs would receive in each state. HUD Secretary Ben Carson spoke of the “array of interventions” supplied by the department’s Continuum of Care grant funding.

Throughout the state of Texas, $88,239,025 is to be distributed to 205 organizations. Compared to last year’s round of grants, that’s a $2 million growth. For some, the result is even better than it sounds, because this year, there are fewer organizations to divide it among.

Weeks later, The Huffington Post published a leaked internal memo from the housing bureaucracy, suggesting that its mission statement would be changed to support the virtue of “self-sufficiency” and that language warning against discriminatory behavior would be removed. This surprised no one, since Carson has become rather notorious for his contrarian notions.

In public utterances, he has proposed that poverty is a state of mind, that public housing should not be “too comfortable,” and that individuals kidnapped from Africa and brought to America against their will were no different from voluntary immigrants. Shortly, Carson sent a memo around the department to make the claim that…

[…] suggesting HUD will cede its role in anti-discriminatory housing as “patently false,” adding that “the notion that any new mission statement would reflect a lack of commitment to fair housing is nonsense.”

According to the National Low Income Housing Coalition (NLIHC),

NLIHC President Diane Yentel told the reporter that present-day segregated communities were created and caused by federal housing policy in the past, and governments at every level have an obligation to reverse that grave error by promoting fair housing at every opportunity. She points out that a mission statement does not have the force of law, but the law does, and should be obeyed.

Journalist Jeff Andrews notes that the role of a mission statement is largely symbolic, it does reflect accurately the reality that since Carson took control, HUD has worked diligently to roll back, erase, negate, and disregard many rules that were put in place to combat discrimination and segregation. One of these ignored mandates is the Affirmatively Furthering Fair Housing, or AFFH, rule, which was designed to have communities use HUD data and methodology to shine a spotlight on segregation-prone problem areas.

On May 8, Elizabeth Findell reported for the Austin American-Statesman:

Local nonprofits sued the U.S. Department of Housing and Urban Development and HUD Secretary Ben Carson on Tuesday, trying to force the agency to continue recently launched enforcement of some fair housing rules. The requirement that local entities use federal housing money to “affirmatively further” fair housing policies has been part of the Fair Housing Act since its inception in 1968, but the provision only began to be enforced starting in 2015.

It took that long for HUD to insist that communities report to the agency on those efforts to “affirmatively further” fair housing. And now, HUD has halted the requirement until 2020 and, as Jeff Andrews points out, “because of the way the program works, it’s actually a delay until 2024.”

In Austin, Texas Appleseed and Texas Housers joined the National Fair Housing Alliance in bringing suit against Carson, because suspending this rule gives communities the impression that they can continue to segregate and discriminate without being held accountable. They will still continue to receive federal funds, and that’s definitely not right.

While Austin and Travis County can usually be counted on to act in a civilized manner, there could be a problem in the part of the state that is still trying to recover from Hurricane Harvey, where…

[…] the nonprofits fear that local and state agencies will not be held to the standards requiring them to move people to safer ground fairly and locate new housing in a way that reduces segregation.

On the other hand, there is not even a consensus of opinion about how advanced Austin itself is. City Council member Greg Casar is quoted as saying:

We do have a really serious problem in Austin. We’ve been ranked repeatedly as one of the most, if not the most, economically segregated cities in the country.

Of course HUD came up with an excuse for delaying the AFFH requirement: “a data and mapping tool the agency provided to local jurisdictions didn’t work correctly to compile the reports.” And that’s why the delay. Let’s see, that law was made in 1968, so the agency has only had 50 years to figure it out. Sounds reasonable, right?