Commentary: How Austin could atone for policies that harm the homeless 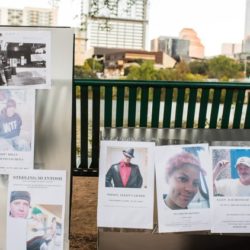 Amicus (Friend of the Court) Brief-

This started when the police shot Mr. Michael Brown in Ferguson MO.  Under the Obama administration, the DOJ investigated and found that Municipalities such as that in Ferguson were attempting to balance their budgets by giving out highly questionable Class C Misdemeanor tickets (criminal) to poor folks.

When Richard Troxell was first approached by other advocacy groups to see how the homeless community was affected, he told them it was highly unlikely people experiencing homelessness were being ticketed for that reason as they have no money.  He explained that it was much more likely that these tickets were being used against homeless people as a tool to “curb their behavior” or simply drive them from the city.
In response to the DOJ findings, several progressive cities started a process to figure out how Judges could make provisos for various forms of Community Service (e.g. lesser amounts, and staggered hours etc.)
When Richard learned that House the Homeless, Inc.’s name had been added to the City of Austin’s list of Stakeholders, yet he had never gotten any materials or notices of meetings, he took a seat at the table anyway. When reviewing the documents, he realized that there had been NO acknowledgement that anyone was disabled. Richard contended that being both Indigent and Disabled, folks experiencing homelessness should be found exempt even before they get to a Judge.
Richard offered language for inclusion, and it was swept aside.  City Council staff sent amended Ordinance language without House the Homeless’s suggested changes in the form of a PDF so that  further changes could not be made.
At that point, on behalf of the citizens of Austin/Travis County who are experiencing homelessness, Richard wrote the following Amicus Brief.
October 2017 Amicus Brief