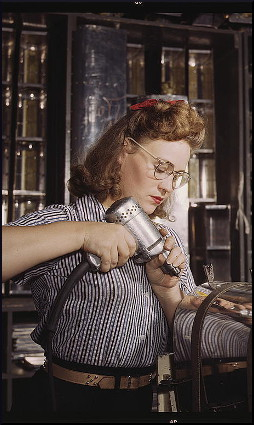 Eighty percent of disabled people are said to be excluded from the American workforce. Even for those who are deemed employable, the picture is not bright.

According to the Americans with Disabilities Act, private-sector employers with more than 15 employees are not allowed to discriminate against disabled people in the area of pay. They are also supposed to make “reasonable accommodation” (e.g. wheelchair accessibility) for these workers without reducing their pay to recoup the cost of this accommodation (e.g. wheelchair ramp).

But section 14(c) of the Fair Labor Standards Act (FLSA) allows these same employers to pay less based on productivity, which on the surface seems fair. Why should a company write the same paycheck to someone who makes one widget per hour, as to the expert who makes five widgets per hour? Good point. But however sensible this may be in principle, the day-to-day realities are many and tangled.

Because so many kinds of human limitations are included under the umbrella term “disabled,” complications arise. Stephen Hawking would be a different type of employee from a someone whose cognitive ability was devastated from the start by fetal alcohol syndrome, or from a military veteran whose PTSD makes the most basic human interactions problematic. Whether fair or not, the scientific genius, regardless of the elaborate support system he would need, will be a greater asset to the company, and there’s no getting around it.

This means, writes Taylor Leighton, that “some disabled workers can make significantly less than the minimum wage, in some cases even less than a dollar per hour.” Prospect.org says “hundreds of thousands” of disabled workers earn around $2 per hour — with “many receiving a lot less.”

In the documentary film, Bottom Dollars, made in the state of Washington, a member of the organization Rooted in Rights looks at records from other states and remarks, “There’s one person down here who is making two cents an hour.”

To gain skinny-paycheck permission, an employer has to obtain a special certificate from the Labor Department’s Wage and Hour Division. The exception is said to affect between 400,000 and 420,000 disabled Americans, although the exact number is hard to get a bead on.

Overall, according to the most recent statistics from the Labor Department’s Wage and Hour Division, there are nearly 2,000 certified employers paying more than 216,000 workers a sub-minimum wage.

At any rate, Michelle Chen writes, in recent years the rules have been relaxed here and there, resulting in even less opportunity for disabled workers. She says that employers “can effectively pay whatever they want — if the firms certify the wages are ‘commensurate’ for their duties (an arbitrary standard prone to exploitation).”

Private sector employers can circumvent section 14(c) by characterizing their jobs as training programs, and consequently get way with paying some people less than $1 per hour. Taylor Leighton reports:

Disabled Americans enter these programs under the assumption that they will gain valuable skills that will lead to real-world jobs and financial independence… Many never graduate from the program and are stuck making subminimum wages while employers benefit from the cheap labor.

Another writer notes that some workers make “only pennies an hour for mundane, repetitive tasks.” When analysts get their hands on the numbers, they conclude that less than 5% of the disabled workers in segregated, subminimum wage shops will ever transition into an integrated work environment. In some cases, of course, it may be that the individual is simply not capable of taking on more complex job responsibilities.

But part of the reason for this stagnation can be explained in another way. Apparently, once an employee has learned a task, their “training” status can be perpetuated by changing the task, so the person is once again in training.

NEXT: What is being done, and what needs to be done.