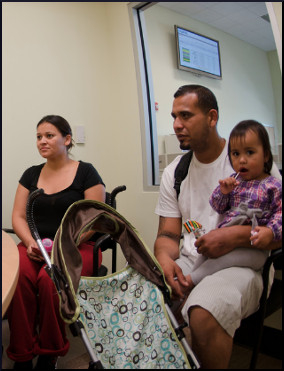 Anyone who cares to may have a look at the 80-page PDF file, The 2015 Annual Homeless Assessment Report (AHAR) to Congress.

Megan Elliott specializes in picking through reams of statistics to throw light on tendencies and trends. It is believed that around 565,000 people experience homelessness at any given time in America. Half of that entire population is concentrated in only five states — California, New York, Florida, Texas, and Massachusetts.

California is a mess. There are more than 40,000 homeless people in the city and county of Los Angeles, and 70% of them are unsheltered. New York City is another disaster, with 14% of the entire country’s homeless people living there.

Despite Massachusetts being in the top five, it is interesting that the city of Boston has the lowest rate of unsheltered homeless people, and the lowest rate of those categorized as “chronically homeless.” Washington, D.C., is the opposite, with a very high percentage of the people who were counted being categorized as “chronically homeless” — 42% versus 23%, so almost twice as high as the national average. The nation’s capital also has a lot of homeless veterans.

In San Diego, whose entire economy is dictated by military spending, veterans account for disproportionate segment of the homeless demographic. In California as a whole, 62% of homeless vets were found to be unsheltered.

San Francisco and Las Vegas are the youth magnets, with the highest proportions of unaccompanied children and teens. These kids are on their own. Sure, a few had bad attitudes and ran away for stupid reasons. Some were simply let go, perhaps because their parents divorced and neither one wanted to take the responsibility.

When separated parents form other attachments, the new partners might perceive the kids as embarrassing mistakes, or rivals for scare emotional currency, or even as actual threats. Kids who suffer from cruelty at home would often rather take their chances out in the world.

In both Seattle and Chicago, families with children make up around one-third of the entire homeless population. This news from New York City is hot off the press:

The already strained shelter system — which is so crowded that the city has resorted to using hotels to accommodate people — has also seen a spike in the number of single adults and adult families without kids.

The number of singles averaged 12,232 a night last month, the highest since the city started separating singles from families in 2009, according to the latest stats from the Department of Homeless Services.

And the number of adult families — typically married couples — also peaked with an average of 2,221 families a night in February, which is also the highest total in that category since 2009.

Meanwhile, the number of families with children — which began climbing in August — is at near record levels, with 12,232 families on an average night, according to DHS.

That’s a lot of kids going through a real hard time in the van or garage where they hole up, maybe with bathroom privileges from a kind neighbor. Imagine being a third-grader whose single mother is overwhelmed by terror or hopelessness. How do you tell her, “It’s all right, you don’t have to go back with Daddy and get yelled at or hit.”

At school, everything is stacked against these kids. They show up in yesterday’s clothes, with less-than-optimal grooming, and get free lunches or none at all, and can’t afford the outfit to either join a sports team or cheer for the athletes. It’s widely believed that in America, the years of what used to be called junior high school are the worst. Imagine being in middle school and homeless, with nothing and no one to depend on.

Nationwide, the best estimate is something like 130,000 children who are growing up with food insecurity, and in situations where permanent, stable housing — i.e. a home — is a foolish dream. Where will these kids be in 10 years? What will they be doing? It’s worth giving this a good, hard think.