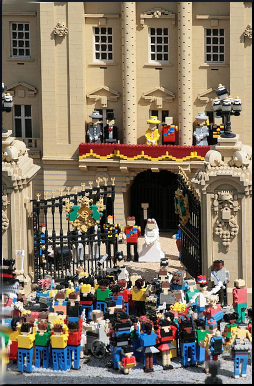 House the Homeless has been looking at the party of the year, the celebration in Windsor, U.K., on May 19, of the marriage of Meghan Markle to Prince Harry. The police had been preparing since the beginning of the year, when a council leader called for removal from the area of all the people experiencing homelessness.

This rude and cruel demand stirred up a lot more controversy than had previously existed, and stimulated the creation of a movement. It succeeded in focusing public attention, which mostly consisted of backlash against the restrictive law’n’order contingent.

Many people — and not just those experiencing homelessness — were stung by what they saw as unfairness. In the weeks and days leading up to the festive occasion, rough sleepers were encouraged to move their belongings, and preferably also themselves, to alternate locations. There were warnings that terrorists could pose as panhandlers, which is silly on its face because a terrorist could as easily dress up like a duchess.

Arguments were stimulated, about whether, for example, anyone should spend so much for a dress, even if it is her own money, when so many people are homeless. These branched out into disputes over whether the royal family is a net economic loss or gain, for the country as a whole.

The publicity obliged Theresa May to comment, which in this case meant a plainly stated “I don’t agree” to the local politician who tried to raise the alarm. But the Prime Minister threw in something for both sides:

So the alarmists who feared a crime wave got their way too. Apparently, reasonable but persistent attention was paid, over a period of months, to both the optics and the reality of the situation. A rather low-rent website claimed that police had been clearing the area, pre-wedding, with “as much force as possible.” Its preview said:

The wedding will be one of the most heavily guarded events of all time. Dogs and mounted patrols will be on duty, a no-fly zone will be in effect, and airport-style X ray scanners will be used for wedding visitors, along with bag searches.

And the homeless will apparently be far away, unable to take away or distract from the magic of the moment.

At the same time, the local police commissioner told the press that many of the street people had mental health issues and were very vulnerable. But this was in the context of hoping that they would accept the opportunity to be removed from the chaos of the crowds.

In America, The New York Times got interested, and published a piece titled “Call to Remove Homeless People (All 8) Before Royal Wedding Stirs Anger.” Ceylan Yeginsu reported that according to government figures, there were only eight people experiencing homelessness in the jurisdiction.

The local charities reacted by noting that many people spend their days on the streets and nights in temporary spaces. The real winners here were the rough sleepers themselves, whose voices were heard through media interviews. For instance, Stacey Crawford told the reporter,

If they’re going to move us, it should be into a permanent home, not out of sight for a day just so that rich people can throw a party. If this bloke had a problem with me and wants me gone, then he should come and tell me to my face. Rich blokes always get others to do their dirty work.

In some quarters, the wedding gossip revolved more around homelessness than the upper-class guests or the designer clothes they planned to wear, which can only be a good thing. As far back as January, comedian Russell Brand had been speaking for a charity he puts energy into, Slough Homeless Our Concern, or SHOC, asking that a town next to Windsor create a new shelter by signing over an already-existing building. A petition he created for this purpose has collected nearly 160,000 signatures and is still open.

As always, the royal procession would move through the streets. Much like technology buffs lining up for a new version of a smartphone, or music lovers determined to secure concert tickets, many housed people planned to sleep outside the night before, and claim a front-row vantage point to view the spectacle.

For others, the irony of this double standard was insultingly obvious, and they made a plan for the night of May 18 that was more in the nature of a demonstration of solidarity with the rough sleepers who were displaced. The “Royal Sleepover” was planned via social media. Organizer Chris Boyd told the press,

The idea that we could, or would want to, sweep the homeless under the carpet for a lavish Royal Wedding is, for me, utterly appalling.

He secured police cooperation, or at least tolerance, ahead of time. Along with making a show of solidarity and empathy, he aimed to collect signatures for a petition asking the government to recognize shelter as a basic human right. Two days before the wedding, the petition had garnered almost 2,000 names.

As the date approached, the Thames Valley Police, through spokesperson Melanie Adams, repeated the party line, that the removal of homeless people and their possessions was totally voluntary and the outdoor population was by no means “targeted.” Everyone in the vicinity of the wedding procession and celebration would be vulnerable to possible search and seizure of their belongings. A representative of the Windsor Homeless Project reassured the locals that no well-behaved person would be forcibly removed from the area.

But how bad did things get? Apparently, no outrageous acts were committed on the day itself. Another Facebook event called “No Jacket Required” has been created, where a people were encouraged to “come as you are” near the site of the wedding and protest homelessness. Meanwhile, a charity called The Ark Project had planned to park its 10-bed, double-decker bus right outside the castle, but the police identified it as a commercial vehicle and impounded it over “an issue with the driver’s license” and charged the organization £1,500 (about $2,000) to retrieve the vehicle from impound.

Talking about Philadephia a couple of years back, Laura Weinbaum of Project HOME advanced a theory about a possible good outcome that can result from the disruptive influence of big civic events:

Many people who go without shelter may find it difficult to make a long-term commitment to coming inside, so being able to do so in a more limited way can ease the transition. “What we have found often with these short-term interventions is they do encourage people to come in in a different way,” she said. “Once people are into the system, if they are interested in the next step and the next step and the next step hopefully that will be made available to them.”