Homeless by the Numbers 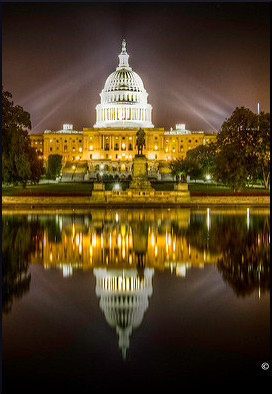 The 2016 national homeless count was about 550,000, and indicated that one out of five people experiencing homelessness resides in either New York or Los Angeles. California contains 28% of all the homeless people in America.

Five states account for half the homeless, and they are California, New York, Florida, Texas, and Washington. The statistics get confusing, because some cities are lumped in along with their entire counties, like Seattle/King County and Los Angeles City/County.

In quoting the 2016 count of King County’s homeless people (10,677), Ashley Archibald says the number “deceives in its apparent precision.” There is no intentional deception, and the challenge is the same pretty much everywhere.

Humans are pesky creatures, constantly moving, losing census forms or simply not bothering to fill them out at all. Statisticians rely on projections rather than hard counts to calculate the number and location of people. In the end it’s an extremely well-informed, highly mathematical guess.

Because the count is so important to federal funding, the Los Angeles Homeless Services Authority has stepped up its efforts to locate people so they can be added to the tally. Nationwide, about 20 counties conduct a separate youth count, which applies to people under 25 years of age.

Here is one description of Seattle/King County’s new system:

The Count Us In method will utilize different data collection methods for the full range of homelessness count activities. The count will include a street count of people living unsheltered, those living in sheltered or transitional housing, a qualitative survey of people experiencing homelessness and specialized approaches to count people living in vehicles…

The numbers to be released will be the findings on homeless youth, vehicle residents, chronic homelessness and other specialized populations.

Early Friday morning, volunteers and paid staff across King County will try to count the street homeless like me.

He describes the complicated yet conscientious history of doing these counts in Seattle and environs, leading up to why and how the new approach of working with the nonprofit Applied Survey Research was adopted for this year:

ASR brags that HUD considers its method a “best practice,” and it has two features Seattle hasn’t seen before: covering whole counties […] and doing so with teams of two volunteers and a currently or recently homeless “guide,” paid for his or her time.

Bernstein goes on to explain why certain results will occur, like difficulty in comparing new information with past data, because, unlike before, the new method divides up reporting areas by census tract. An overall numerical increase is also likely, and not only because a larger area is being covered. The homeless “guides” presumably have insider knowledge about where people tuck themselves away out of sight.

As a person experiencing homelessness himself, Bernstein offers the following insights:

Street counts normally happen at night because many homeless people sleep then, and fewer housed people are around to confuse things. Still, counters are at huge disadvantages. Volunteers across the country often don’t try to count people in cars or tents accurately, don’t enter squats or shacks, don’t wake anyone up, may not even ask those awake “Are you homeless?”, and can hardly guess how many people are couch-surfing.

Perhaps the best way to think about the counts is as a floor, a minimum. Shelter counts are pretty reliable, and street counts reliably underestimate. (This is why the feds want January counts — they want the highest sheltered percentage they can get.)

This year’s number will probably be bigger, maybe much bigger, but there’s a silver lining: It’ll probably be less of an underestimate of the real, even scarier, number.

Hot Springs, Arkansas, receives less attention than a lot of other places. The United Way-recruited volunteers are not allowed to work at night. The only two categories are sheltered and unsheltered. Occupying a vehicle, or squatting in a house with no running water, counts as unsheltered.

In the past year, the unsheltered total has more than doubled, and the overall total rose by 40%. In Hot Springs, the very large majority of people experiencing homelessness are single males.

Sue Legal of Ouachita Children’s Center told a reporter that this year’s higher count doesn’t necessarily mean an increase in the actual number of homeless people, but does reflect the benefits of pleasant weather and a bigger volunteer team. Even so, she believes that many people living in concealed rural camps were not counted.

Shoutout to Washington/District of Columbia, which is in fifth place. The capitol of the United States of America, the most powerful and morally superior nation on earth, has a homeless population of at least 8,350, smaller than only four other American cities.