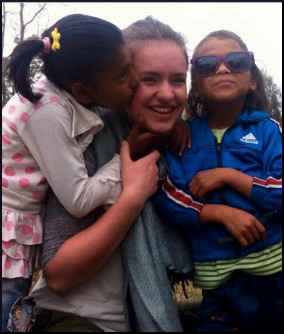 During the 2012-13 school year, America’s homeless student total was estimated to be 1,258,182. In the same year, the amount of money available for the SNAP (“food stamps”) program was cut, and WIC (for mothers and small children) lost $354 million in funding. According to Harvard’s Joint Center for Housing Studies, around 19.3 million families were eligible for government assistance, although only 4.6 million families were receiving any.

Children experiencing homelessness fall into three major categories — the infant and preschool group; the grade-school age kids; and older kids in middle school and high school, who have a different set of issues. In this post, we look at what has been going on recently with the grade-school crowd.

Home is a concept

Hundreds of thousands of children live in places that only marginally qualify as homes, and some not even as dwelling places. Kids are in motels and SRO hotels; campgrounds, trailer parks, chain store parking lots, rented storage cubicles, sheds, rooftops, tunnels, garages, trucks, and cars.

Many families “double up” with relatives or friends in situations that are uncomfortable for everyone. People open their hearts, but it is never easy to share one’s own limited space for any length of time, and these stopgap measures are sometimes offered grudgingly. Interpersonal friction is inevitable, especially around financial matters. People may feel exploited or abused.

Those who share most generously tend to not own the buildings they live in. Often, letting people stay violates the lease and puts the helpers at risk for eviction, which adds another layer of anxiety with the possibility that hosts and guests will all end up sleeping rough. Painful as it is to say, that may be a blessing in disguise, because apparently the Dept. of Housing and Urban Development (HUD) has required for several years that people literally have to be on the streets to qualify for assistance.

The restrictive HUD definition created what journalist Paul Boden calls a cruel and vicious cycle. Actually, it is more of a Catch-22 or double-bind (a situation in which neither choice is correct) which he sums up neatly:

Once families lose their homes, they scramble for any place to stay. If they sleep in a vehicle or remain on the streets (which is a criteria for being considered homeless), they risk being categorized as “unfit parents” and losing their children to public agencies. Hoping to avoid that, families will stay with other people, often in unstable and unhealthy situations which render them ineligible for homeless assistance.

The ills of society

It seems that parents can be charged with abuse and “child endangerment” if there is no roof over their kids’ heads, and what is that if not the criminalization of homelessness? Leaving that aside, consider the effects on the country as a whole, when so many children spend their formative years in chaotic situations. What happens when a whole population of kids enter kindergarten with their development already hindered by inadequate nutrition and toxic stress?

A study collaborated on by researchers from four universities determined that poverty puts such stress on the brain that IQ scores drop by 13 points. Journalist Abbie Lieberman wrote:

The National Center on Family Homelessness reports that “Homeless children are eight times more likely to be asked to repeat a grade, three times as likely to be placed in special education classes, and twice as likely to score lower on standardized tests.”

Grade-school children who are experiencing homelessness might also have experienced violence, or at least witnessed it, in their neighborhood or living place. They are likely to need dentistry or other medical attention, and may have spent time in foster homes. According to a 2015 study, 25% of homeless kids need mental health services, which really shouldn’t come as a surprise.

If a family takes refuge with older and/or more solvent relatives, there is bound to be a certain amount of “I told you so” talk or some other form of verbal abuse. Kids see their mother and/or father being treated like a loser, and that can’t be helpful.

Also, it is to be hoped that the parent is extra vigilant, to make sure the kids don’t break or ruin something in the home that takes them in. Out of their own anxiety and defensiveness, they might become more strict. Even when everyone in the shared space is totally polite, children are sensitive enough to be emotionally damaged by the awareness that people would be happier not to have them around.