How Are the Homeless Veterans Doing? 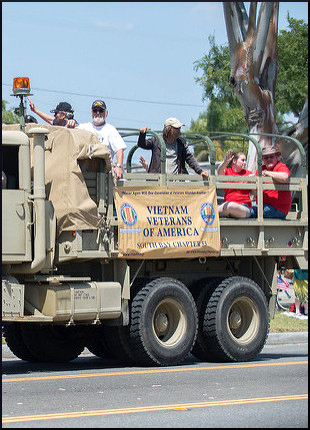 Seven years ago, the Veterans Administration announced an ambitious plan to end veteran homelessness within a certain time frame. Reality has forced the goalpost to be moved, and total elimination appears to be an impossible dream.

Amazingly, about half the homeless veterans out there are left over from the Vietnam era. Among veterans experiencing homelessness, nine out of 10 are male, and any black or Latinx vet is three times as likely to be homeless as the white comrade-in-arms. Most are single and live in cities, and most are afflicted by physical disability, mental illness, or substance abuse.

The authorities don’t say it in so many words, but surely one problem is that the supply of veterans deserving of care does not seem to be drying up. At the same time, a certain number of psychologically wounded vets will remove themselves, via suicide, from the need for any further help. But the current thinking is that an irreducible minimum number, either too far gone into post-traumatic stress disorder, or simply possessed of loner personalities, will remain on the streets and in wooded enclaves, no matter what.

There is going to be a functional zero, essentially somewhere around 12,000 to 15,000 that despite being offered options for housing and getting them off the street, there are a number of reasons why people may not choose to do that.

This seems to suggest that the day will come when, if any vets remain unhoused, it’s on them. Which may be true, up to a point. There will always be individuals who simply do not want to get with the program, for their own reasons which may or may not be valid according to other people. But is something more going on here? Is the public manipulated into blaming the victims, when other entities may be at fault?

Here and there in America

The Veterans Resource Center is a nonprofit organization with more than a dozen branches in three states, with most of its funding coming from the federal government. Counselors help with employment, healthcare and other benefits — plus the biggie — which is housing. Without a stable environment in which to sleep and keep their belongings safe, a person is ill-equipped to progress in the areas of health, work, or school. Among the group’s nine areas of concentration are homeless prevention and re-housing, transitional housing, and permanent supportive housing.

In March, southwest Minnesota announced that all its waiting lists were cleared, and all its homeless veterans were currently sheltered. The “how” is worth reading about, as well as the situation’s roots. Journalist Susan Du writes:

Part of the problem was the vilification that arose in the 1980s under Ronald Reagan, who pushed the caricature of the welfare queen who drove a Cadillac and ate steaks for every dinner on Uncle Sam’s dime. It allowed Reagan to make massive cuts to HUD. Ever since, low-income Americans have been fighting a housing shortage that keeps basic shelter out of reach even to those who work multiple jobs.

Meanwhile, celebrities are selling “Once in a lifetime experiences, luxury items, and autographed memorabilia” on eBay to help fund Homes For Our Troops, an organization that focuses on building “specially adapted custom homes for severely injured Post 9/11 Veterans.” The event runs through November 14.