Is Austin As Smart As It Thinks It Is? 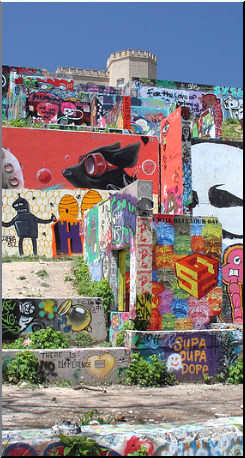 In Austin and Travis County, the homeless count has grown by 5% in the past year. Almost 3% of public school students declare as homeless, while an unknown number of others are able to conceal the fact.

Ann Howard, Executive Director of the Ending Community Homelessness Coalition, makes a good point, saying, “By doing nothing, we’re still incurring huge costs, so it would be smarter for Austin to spend the money to house people.”

This may be the place to explain a concept called “functional zero” in regard to the homelessness rate. It basically means that fewer people become homeless than return to housing. Some would say that “functional zero” belongs in the category of weasel words, a term credited to Theodore Roosevelt, who did not care for them.

Any city, county, or state could achieve “functional zero” by merely keeping the influx into homelessness balanced with the outflow back into housing. In reality, there could still be half a million people experiencing homelessness, but as long as the comings and goings equal each other, “functional zero” can be proclaimed. Don’t fall for it.

More than a third of Travis County households are cost-burdened, in that they spend more than 30 percent — the standard recommended by the U.S. Department of Housing and Urban Development — of their total income on housing.

It’s not journalist Emma Freer’s fault of course, but the concept of being “cost-burdened” used to apply to a different number. Back when the school curriculum included Home Economics, young women were taught that a family should not spend more than 25% of its income on housing. Somehow, somewhere along the way, someone decided to raise the bar.

Cynics might say that “cost-burdened” is just another word for “ripped off.” Freer goes on to say,

Fred Fuchs, an attorney at the Texas RioGrande Legal Association and the director of The University of Texas School of Law Housing Clinic, said many Austinites struggle with burdensome late fees, which can sometimes surpass rent, and laws that allow landlords to consider a prospective tenant’s eviction history for up to 10 years. For those already living near the margin, car trouble or an unexpected illness can reasonably lead to an eviction.

Richard R. Troxell was interviewed for three hours for the City of Austin Audit regarding the “No Sit, No Lie”; “No Solicitation”; and “No Camping” ordinances. These laws are not engraved in stone, and can be dismissed or amended by the citizenry.

Richard is uniquely qualified to speak on the subject. In addition to co-founding House the Homeless, he has been on the National Coalition for the Homeless board since 1997. For seven years during the last presidential administration he, along with Michael Stoops and Brian Davis, met with the Department of Justice to talk, mainly, about so-called Quality of Life ordinances.

Some of the points they made included what enormous disadvantage it is to have a record, if the person ever considers seeking employment. People in hiring positions are trained to reject the applicants with tickets or Class C criminal histories.

The government makes rules requiring the government to pay police to hand out paperwork and fine or arrest people who will then be unemployable. That costs the government even more money in terms of homeless relief. They also point out how wacky that basic operating policy is.

Issuing thousands of arrest warrants pursuant to the “No Sit/No Lie” ordinance could be described by harsher critics as nothing more than a full employment program for police. As far as anybody else is concerned, there is no upside. If offenders are fined, they can’t pay the fines. If they are jailed, that costs the taxpayers money. Plus, when released from jail back into the streets, people have criminal records and become unemployable, and their existence ends up costing society even more dollars.

Richard points out that even outside the homelessness assistance facilities, people waiting for appointments can only sit on the sidewalk or in the gutter. And guess what? All over the city, even housed people can use the opportunity to sit and rest. Not every person is at the peak of health at all times. A senior citizen out for a health-giving walk might need to sit and rest for a few minutes. A parent with kids might need to stop and clean up a spill, or look at a crying child’s scraped knee, or sort through the equipment bag for the spare pacifier.

Looking objectively at a city, from the point of view of a foreigner or even a space alien, surely it is more seemly for people in public venues to sit on benches than to squat on their haunches or sprawl on the ground. Even without knowing the language or anything about the culture, it is a positive sign when human beings in public spaces are able to use outdoor furniture, rather than share the pavement or grass with squirrels, insects, dogs, cats, and other beings. Even though we are all God’s creatures, some of us, thanks to long history and a little thing called civilization, have grown accustomed to sitting on chairs.

A space alien with an objective point of view might even think, “What the hell kind of a way is this to run a so-called civilization? Their cities can afford all kinds of amenities, like the yearly splurge on winter holiday decorations. Bolted-down metal benches may be costly, but they are a one-time expense. Once installed, they stay forever and require no maintenance. They don’t need to be watered, tuned up, repaired, or replaced. What’s wrong with these people?”

The long and short of it is, right now the good people of Austin have the opportunity to sign a petition titled, “Get Our Homeless Neighbors up off the Sidewalks & Their Feet out of the Gutters.” It asks for benches for people to sit on, like respected and self-respecting human beings. Yes, the petition asks for dignity and fairness. Be among the first to concur!