Learning From the 2017 Police Survey 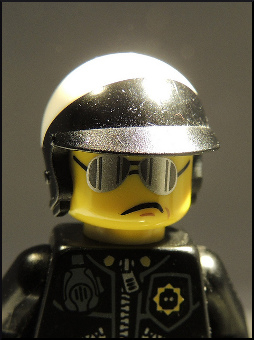 Concurrent with the annual Thermal Underwear Drive party for people who are experiencing homelessness, House the Homeless (HtH) has established a splendid tradition — the annual survey. The guests are offered the opportunity to share their thoughts on a particular topic. Past subjects have included work, sleep; Traumatic Brain Injury, and other medical issues.

Most often, unhoused Americans struggle with at least one major life problem. For instance, even someone who was in pretty good shape when they hit the streets will probably not stay healthy for long. Sleep deprivation is difficult to take seriously until one has personally suffered from it for several nights in a row. Among homeless people, the “age acceleration” effect is real.

The answers contributed by the survey participants are wonderfully helpful for discovering the most effective ways of assisting people to get their lives back on track. The information is collated and commented upon, and sent to people and institutions both in Austin and around the USA. In the best-case scenario, facts from the HtH Surveys will help guide policymakers.

Written by HtH President Richard R. Troxell, the introduction to the report on the 2017 Police Survey says:

Each of the ten questions in the survey include comments that are intended to enhance the readers’ understanding of the implications of each question.

This survey documents the increasing criminalization of homelessness. It seems that relations with “the system” are a top-priority topic, because it was previously addressed only two years ago. This proximity in time allows for some alarming comparisons. For instance, over those 24 months, the number of women experiencing homelessness in Austin has increased by 28%.

One question is particularly significant in light of Austin’s No Sit/No Lie ordinance, which HtH helped design with the ADA (Americans with Disabilities Act) in mind. It reads like this:

5) Has a Police Officer ever given you a ticket for sitting or lying down even though you told them you were disabled or too sick to move?

Also crucial is a new question that had not appeared on the 2015 survey:

5a) Have your Class C misdemeanor tickets (No Sit/No Lie, No Camping, etc.) ever been barriers to getting a job or housing?

Twenty-eight percent of the people experiencing homelessness in Austin said that yes, Class C misdemeanor tickets had interfered with their ability to obtain work or housing. Let that sink in for a minute. Even government programs that are meant to help the homeless may balk at people with “criminal” records, which is cruelly ironic when the government itself creates the relevant offenses by criminalizing such acts as sitting a sidewalk. It is almost as if “the system” intentionally sets out to manufacture reasons to refuse help to destitute citizens.

And even when it issues housing vouchers, the government can’t force landlords to accept tenants with “criminal” records. What is the point of proscribing acts which unhoused people can not help but commit? In what universe does it make sense to exacerbate the problems of people who are already so thoroughly disadvantaged?

To Question 5c, almost an equal number survey participants (27%) answered N/A, or “not applicable.” These are people who are too disabled to work or even to seek housing; people who have given up; people who have not gotten close enough to applying for either work or housing for the question to even matter.

The seventh question brings to light a barbarous practice that is not supposed to happen at all:

7) Have you ever had your ID taken by police and not returned?

Twenty-nine percent of the respondents, or 74 individuals, answered yes to this — a total slightly better than the 33% two years ago.

[…] this is still completely unacceptable as replacing photo ID is very costly in terms of both time and money. Remember, these people are homeless. They are indigent. All social services in Austin require photo identification, so to be left without photo ID only acts as an additional barrier to escaping homelessness.

Here is another disturbing question, and the replies are even more disturbing:

8) Have you ever had your things taken by police without giving you a receipt and the name of a contact person to get your things back?

Thirty-six percent of the people said yes, which is well over one-third. Imagine that. People who already have next to nothing are vulnerable to having even that small bit confiscated by law enforcement officers, and there is no recourse. As Richard puts it, they “are having all of their medications, prescriptions, and important papers taken and never returned.”

He is also quite clear about a thing that apparently happens a lot. A person is ticketed and told to show up in court on a certain date, and then when they show up, they are told that their ticket “is not in the system yet.” So they have to return, maybe more than once. Thirty-seven percent of the people said it had happened to them. Richard’s reaction is:

Any action that causes people experiencing homelessness to make multiple trips to the court system to prevent a ticket from “going to warrant” that leads to their arrest is detrimental to their existence and simply an additional barrier to their escaping homelessness.