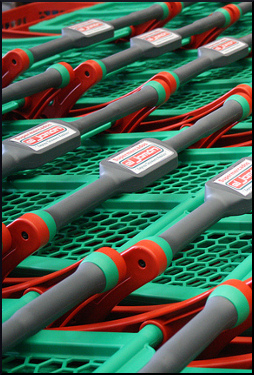 In May of 2015, there were two remarkably similar incidents, one in Fort Collins, Colorado, at the nonprofit Sister Mary Alice Murphy Center for Hope. On the premises was a storage pod filled with the belongings of 58 people experiencing homelessness. Also operating from the Center was an organization called Serve 6.8, whose director one day gave the staff the afternoon off, and had the contents of the storage pod taken to the landfill.

As it turned out, some of the belongings had apparently been permanently abandoned by their owners. But 22 people had signed storage agreements that should have still been in force, and their losses included medical documents, family photos, and other irreplaceable items. The local newspaper was unable to shed much light on what happened and why. “Internal miscommunication” was the cited cause.

Journalist Sarah Jane Kyle reported that “Serve 6.8 and Murphy Center staff are drafting a written procedure for handling homeless persons’ property.” It was a classic case of closing the barn door after the horse had already bolted. Apparently, no one said why such a procedure did not already exist or why, if it did, it was not followed.

Meanwhile, in another state

A week later in Lancaster, Pennsylvania, four men who had been staying at the Water Street Mission were very upset because their belongings, along with the property of “dozens of other people,” were allegedly thrown into a dumpster. They announced their intention of going through the dumpster to get their stuff back, but were threatened with arrest. Among the items were a winter coat given to one of the men by his mother, boots needed for a construction job, prescription antibiotics, and a winter jacket.

But the story has another side. Colleen Elmer, the Mission’s vice president of programs, told a reporter that the four men had been asked to leave the Mission because of (unspecified) misbehavior, and furthermore their bags had not been placed in a dumpster but were still on the premises. The men were given the opportunity to return the following day to recover their belongings, which two of the four actually did.

The actual events may never have been truly sorted out, but the news story stimulated a batch of lively online comments. A particularly interesting one, signed Dan Pate, said:

I lived and worked there for almost a year and they do (or did in the past) just toss belongings of residence of the shelter with or with out warning not caring who it belong to or what is in the bags. I’ve been ordered to throw away peoples belonging into the dumpster and many of those times i wasnt allowed to mention it to any 1 and to call for a intern if people went into the dumpsters and the police have come to deal with them diving into them its messed up…

Hawaii’s media once carried a photograph of a man attacking, with a sledgehammer, the possessions of people experiencing homelessness. Journalist Scott Keyes identified this rash individual as five-term State Representative Tom Brower and added:

Noting that he’s “disgusted” with homeless people, Brower told the Honolulu Star-Advertiser about his own personal brand of “justice”: “If I see shopping carts that I can’t identify, I will destroy them so they can’t be pushed on the streets.”

The paragraph contains a red flag or two. Those shopping carts are not actually the property of homeless people, but of the grocery stores from which they were borrowed. Such carts generally are clearly branded, and the claim that none could be identified is ludicrous.

To recap: An elected official did not arrange for the return of these items to their rightful owners, the supermarket chains. Instead, he destroyed (by his own count) approximately 30 carts. Whether or not the wreckage was left lying around on the streets was not reported.