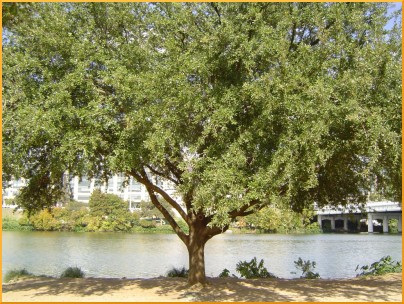 Sunday, November 19, is the day of this year’s Homeless Memorial Service. If you are in or near Austin, Texas, please go to Auditorium Shores, at South First and Riverside Drive (on the south side of Lady Bird Lake).

There is a story behind the annual event. In 1992, Austin was a smaller and much less cosmopolitan city, and not quite conscious of how many of its citizens were sleeping rough, or just minimally and occasionally sheltered. All that changed with the death of Diane Malloy.

House the Homeless founder Richard R. Troxell helped another man search for and recover her drowned body. In his book, Looking Up at the Bottom Line, Richard recalls how the tragedy led to the yearly Memorial tradition.

People experiencing homelessness meet their ends in various ways: fire; exposure to weather; violence; overdose; being hit by a vehicle. Some even have what are called “natural” deaths, although at an unnaturally young age. Considering the close quarters and lack of sanitation in camps and some shelters, it is amazing that there have not been more flareups of contagious diseases.

As it turns out, water is a very popular spot for the corpses of people no longer experiencing homelessness to be found. A person with no fixed address is quite likely to be discovered dead in or near an ocean, lake, river, pond, ditch, arroyo, or flood plain.

There are practical reasons. Many large and/or warm cities are located on coastlines, and they tend to contain a lot of people experiencing homelessness. Inland, wherever a wooded area hosts a lone camper or a settlement, water is likely to be nearby.

Interestingly, a watery death overtakes far fewer women than men, quite out of proportion to their numbers in the total population. A woman’s body found in water attracts media attention and public sympathy in a way that the drownings of men never quite manage to do. Austin is not the only city that was actually changed by one particular fatality.

In East Los Angeles, the faith-based Guadalupe Homeless Project Women’s Shelter exists because the body of 36-year-old Lorenza Arellano was found in the lake at a municipal park. Authorities said an overdose killed her, though how she got into the water was never explained. This was in 2014, and within the whole enormous geography of Los Angeles, there were only two women-only shelters. Arellano’s death was the catalyst that made the third one happen.

As a young woman with a genius-level IQ, Cara Nurmi showed infinite promise in her teen years. She studied ballet and photography, and was known as a singer and painter. Hurricane Katrina destroyed her home and all her artwork. During rebuilding, an electrical fire wiped out everything. When the man she loved died suddenly, Nurmi told her mother, “If I don’t have anything, I can’t lose anything,” and went off to hide in the world.

Nurmi’s life unraveled to the point of vagabondage in New Orleans, where she was known to everyone, including the police-run Homeless Assistance Unit, as a pleasant, playful woman with “wonderful energy.” Still, the 34-year-old had been through a rough decade. At some point she signed up for an inpatient alcohol detox program, and in August, a spot opened up.

Of course there was a last party with friends, under a wharf, and Nurmi jumped into the Mississippi River. It seems to have been a habit, and whoever else was there didn’t worry. Her body was found a few days later.

I think with Katrina, they only counted the dead bodies, but there are other people who took a little longer to die.