The 5th of July 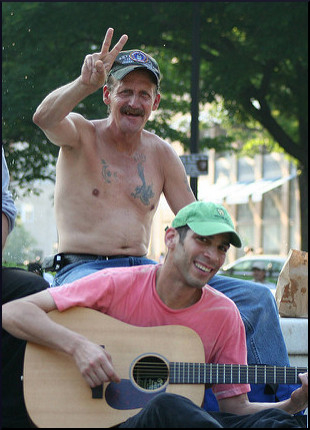 Okay, so we’ve celebrated July 4th, now is it time to forget about veterans until the next patriotic holiday? Not on this page. We haven’t concentrated specifically on vets for a while, so there are a couple of little matters to catch up on, like the outrage felt by some when they learned that the big boss at one veterans’ hospital took 80 days off in a year.

DeWayne Hamlin still drew a salary of almost $180,000, “despite being absent from the hospital approximately one in three business days” in 2014. On one vacation trip…

He was arrested by Florida police while sitting in his car at 2:00 a.m…. Police said that he smelled of alcohol, twice refused to take a breath test, and that they found oxycodone for which he did not have a prescription. He reportedly refused to say where he got the painkiller.

Journalist Luke Rosiak went on to explain that high-ranking civil servants generally get away with any amount of questionable activity. Usually the worst that happens is early retirement with full bennies. He gives the example of Glenn Haggstrom, who used to be in charge of all the VA’s construction projects. The Government Accountability Office found all the department’s major building projects to be “behind schedule and hundreds of million dollars over budget.”

But what the heck, the whole point of being a senior executive is the opportunity to rip off the taxpayers who foot the bill, and shortchange the veterans in need of medical care, housing, and other services — the veterans who wait, and wait, and wait.

The very next month, the heat was on Philadelphia, according to a Washington Examiner piece, also by Rosiak, whose headline said it all: “Philly VA office altered wait times, doctored reviews, hid mail, ignored warnings.” According to the article:

More than 31,000 benefits claims were pending an average of 312 days instead of five, which is the standard, because they were “mismanaged” at “various levels.”

[…] Numerous times, management ordered staff to change the dates on old claims to be the current date…

The claims backlog should have been obvious to Washington headquarters earlier because it was many times the size of other offices.

At the same time, with nobody keeping track of deaths, or of duplicate records, millions of dollars were paid out that should never have been authorized. Even when wrongful recipients honestly reported that they were receiving too much money, those communications were ignored. The Inspector General’s office found laxity in the safeguarding of patients’ confidential information, and pointed to inefficiency and disorganization as two of the major problems:

Investigators learned a particularly dirty little secret. Someone in the Philadelphia VA office made liars out of the veterans who did receive help. Of the reviews that customers were asked to provide about the quality of service, 60% had been rewritten, and what’s worse, management knew about the practice and did nothing to stop it.

Of course, the federal government is not the only entity in a position to hurt veterans. Some people do it as a freelance occupation. This story took place in the San Francisco Bay area, in such towns as Palo Alto and San Carlos. People dressed in military fatigues and camo were collecting money from the public for the National Paradigm Foundation.

When journalist Betty Yu met with its CEO, he said the group had helped maybe 45 vets over a three-year period, by providing food, clothing and referrals to agencies. They also discussed how the foundation’s not-for-profit status had been suspended, which seemed to surprise the National Paradigm leader.

Yu followed up by interviewing Vietnam veteran Michael Blecker, who has headed up Swords to Plowshares for nearly four decades. She quotes him as saying:

They have the American flag, they have the symbols and they take advantage of this sea of goodwill. It hurts a group like Swords doing legitimate work, to make people feel like everybody is ripping them off so they can’t support anybody. So it’s bad for the whole system of care when people exploit that.

That same spring, the Wounded Warriors Project (WWP), which has been around for a while doing such work as providing lifetime home care for some severely wounded vets, was spotlighted by Daily Beast reporter Tim Mak. Sadly, the story was not favorable. WWP had become known as a very litigious organization that spent a lot of time and money on “brutal” lawsuits against other charities. Additionally, rumblings were heard that its spending habits could stand improvement.

Anyone who wants to know more about that situation and how it turned out is urged to read the very detailed accounts in Stars and Stripes and The Washington Post.

Not sad enough yet? For the New Yorker, David Finkel interviewed veterans of the Afghanistan and Iraq conflicts, and quoted a soldier who said this:

I told my wife some of my stories about my experiences, and her response to me was “You knew what you were getting into when you signed on the dotted line, and I don’t feel sorry for you.”