Are the Kids All Right? 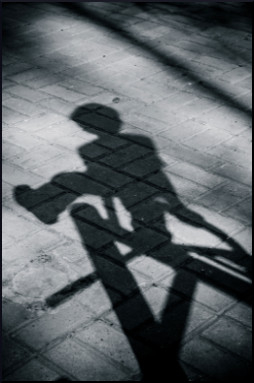 For a lot of Americans, their mental picture of a person experiencing homelessness is a scruffy man standing on a corner with a cardboard sign. Few stop to consider that close to half of the homeless population is made up of people who probably won’t be seen in such a public place. They are families with children, who now comprise 41%, or about two-fifths of the homeless total, and who are considered to be the fastest-growing homeless demographic.

Aside from visibility, there are other differences of course. Individuals, especially those termed chronically homeless, are more likely to suffer from mental illness or have substance abuse issues. But among displaced families, unemployment is the major cause, with low-paying jobs running a close second. Somewhere between one-third and one-half of homeless adults actually are employed.

To form a comprehensive picture of the situation, just go to the search box on this page and enter the term “living wage.” Plenty of people work, even full-time, and still can’t afford a place to live. When children are in the picture, things get complicated, because obviously someone needs to take care of them.

While it seems incredible that this should even need to be spelled out, Martha T.S. Laham notes:

People who are living in poverty are at greatest risk of becoming homeless. Demographic groups that are more apt to face poverty are also more vulnerable to homelessness.

It is easy to say, as decent people do, that safe, affordable housing is a basic human right. But we don’t seem to be making it happen. Homeless families face multiple barriers, one of which is transportation. We always seem to hear so much about the trend-setting places like California and New York, both of which have their own distinct cultures, but this illustration comes from a more modest place — Asheville, North Carolina.

When journalist Mark Barrett reported on local conditions, he talked with a mother who lived with her four children at the Western Carolina Rescue Ministries shelter. To coordinate with the city bus system, they all had to wake up at 4 AM on school days. Barrett also spoke with shelter’s executive director, Pastor Michael Woods, who confirmed that:

[…] a shortage of child care and the amount of time involved in using city buses to get to school or work make it much more difficult for homeless parents to find work… A mother “has to be there to put her daughter on the bus to go to school and she has to be there to pick her up, so she can’t get a job.”

Even when government money is available for rent vouchers, many landlords just don’t want formerly homeless families for tenants, and won’t rent to them. Another hitch is that landlords can be as picky as they please, refusing anyone who has ever paid a single utility bill late, or who has had a run-in with the law for even the most minor, victimless violations. Homeless families can rarely boast of spotless credit histories, especially if they took on debt in a desperate but failed attempt to stay housed.

Richard R. Troxell, co-founder of House the Homeless, reports that contrary to the mantra “Family First,” many shelters, starting with the Salvation Army in Austin, will demand that the homeless father and mother be separated in order to get services. “Mother remains with the children, Dad is sent to another facility clutching his wedding license and holding back tears,” says Troxell. “It is when they are down and out that the family truly needs the comfort and support of one another.”

Along with all the obvious practical aspects of living in a shelter, a single mother worries about less tangible issues. Because of the public nature of their lives in shared spaces, a mom can’t shield her kids from unwelcome influences. With no private space to retreat to, it’s hard to have intimate family moments, or sentence a child to a needed “timeout.”

Kids also can’t be protected from the foul language or wacky ideas of adults in the environment, or from the bullying of other children, or even their cold germs. If one kid gets sick, the whole shaky structure of coping mechanisms can fall apart.

What kind of a country are we building, when so many children grow up with instability, insecurity, and downright chaos? When they are grownups, 10 and 20 years from now, how will America look? As a nation, we really need to ask ourselves more often, “Are the kids all right?”