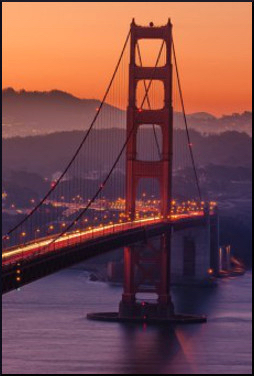 House the Homeless has been using San Francisco as a mirror to reflect many aspects of urban life that exist now, or soon will, in other American cities. We looked at the single-room occupancy scene, the short-term rental rules, Airbnb, “owner move in” evictions,  autocratic landlords, Ponzi-like schemes of ever-expanding acquisition, and the 12,000 yearly complaints received by the Department of Building Inspection.

Like some other cities, San Francisco has a rent-control ordinance. It restricts annual increases, but applies only to apartments built before 1979. Landlords hate it because they say they are not getting “fair market rate.”

However, there is a mystery. Rent control ceases to apply when the existing tenant (and there are fewer every day) moves out. When that happens, the landlord can name his or her price. Yet apparently, some of the same landlords leave these properties empty and unrented.

Thoughts gleaned from the comments sections of several news articles do not clear up the confusion. The anti-rent-control hardliners hold that in a totally fair system, one month’s notice to the tenants should be the only rule. Outside of that, owners should be able to raise the rent at any time, to any stratospheric amount, for any reason, mainly just because they can.

Rent control is blamed by anonymous newspaper readers for “blight, vacancy, poverty, crime, foreclosure, dependency, displacement, and economic stagnation.” But then somebody else comes along and says that rent control is not even a factor, because it does not apply to new buildings, and yet new buildings sit empty too.

If a unit is vacant, large maintenance bills can be put off, so it looks like less money is going out, and makes the picture more attractive to a potential buyer. Okay, fine. Someone needs to sell a building, they do what they gotta do, especially if it means leaving huge infrastructure expenses for the next sucker. But in a new building, what large maintenance expense would there be?

And yes, renters take advantage of the system. In a 2014 newspaper, a landlord told of a woman who had held onto a rent-controlled 4-bedroom apartment for almost 20 years, paying him approximately $1,000 per month and subletting rooms for $900 per month. In other words, making a killing off property that he owns.

On a related topic, people argue back and forth about the tax implications of allowing property to lie fallow when it could be bringing in revenue. It has something to do, maybe, with a deduction that depends on exactly when the owner began to rent the property.

More rules, and nobody happy

In the tourist season, May 1 through September 30 (which is almost half the year!) single room occupancy landlords are legally allowed to rent 25% of their allotted “residential” rooms to tourists. If they are nicer rooms, perhaps it makes more sense for landlords to just leave them unoccupied the rest of the time, rather than let local, relatively poor people scuff up the floors.

A letter by Susan Dyer Reynolds to MarinaTimes.com exposes yet another side of the problem, that of the owner-occupier, who actually lives in the building but prefers to leave a unit or some units empty. Why would this happen? The writer cites an entertainment film called Pacific Heights, in which Michael Keaton portrays an evil con-artist tenant who rents an apartment with the intention of making the owners so miserable that they will eventually be driven to attack him, so he can sue them and wind up owning their house.

Reynolds happened to see this movie while “in the midst of dealing with a squatter who made Michael Keaton’s character look like a model citizen,” and went on to say that she would rather pay a fine for keeping the place vacant than be caught up in another such “expensive, time-consuming and dangerous situation.”

In the Mission District, a 156-room hotel has been empty since 2012. Apparently, the owner wants to be prepared for a surprise offer. What if a buyer comes along, eager to pay a gazillion dollars — but only on condition that no pesky tenants are infesting the place? Even if just two-thirds of the rooms were occupied, still that would be 100 people to be somehow gotten rid of, which is a giant pain in the posterior.

Worse yet, if they have leases, the owner would have to wait until the longest lease ran out, and by then the prospective buyer might have lost interest. All landlords of course feel that the law is tilted unfairly in favor of tenants, while all tenants believe the law treats landlords with kid gloves.

Earlier this month House the Homeless launched a petition on Change.org calling for more benches in the city of Austin, TX, to help people living with homelessness get off the sidewalks. House the Homeless President Richard R. Troxell hopes the petition will find support in other cities across the U.S.

Source: “Why some San Francisco landlords don’t want to rent,” MarinaTimes.com, August 2017
Source: “No Vacancy for the Homeless,” SFPublicPress.org, 10/23/17
Photo on Visualhunt