Roots of the San Francisco Dilemma 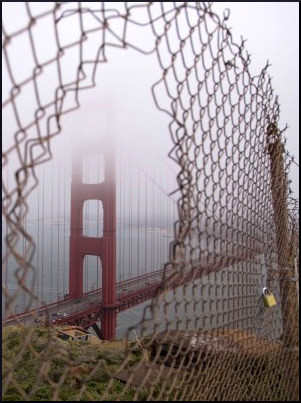 San Francisco, like Los Angeles, is important for its “bellwether” quality. Both West Coast cities tend to manifest societal problems before the rest of the country, and sometimes they come up with solutions that the rest of America can look to for an example.

What problems beset San Francisco and contribute to a housing shortage so severe that rent costs as much as 45% of income? How does San Francisco rank as the hottest real estate investment city, to the point where financial advisors audaciously guarantee “no bubble and no crash possible”?

Longtime activist Randy Shaw addressed “Owner Move In” (OMI) evictions, which flourished in the early 2000s, and which he called an invitation to fraud:

An OMI notice is served. The tenant retains a private attorney who negotiates a large buyout of his client’s tenancy. Under the terms of the buyout, the tenant gives up the right to sue for the owner’s failure to move in…

It was perfectly okay to ditch a tenant if the landlord wanted to live in the unit himself — but the eviction process could be lengthy and expensive. Landlords figured out it would be cheaper and easier to make a lump-sum payoff up front. A lucky few tenants welcomed the windfall payments and cheerfully walked off into their futures.

Of course for tenants as a class, the whole OMI eviction scam negatively affected the rental market scene citywide. Landlords were chucking tenants out of far more rentals than they could possibly live in themselves, but nobody was keeping an eye out for this, and the exception was widely abused. Over the years, various ordinances strengthened enforcement so there would be fewer OMI evictions.

The whole game has an Alice Through the Looking-Glass quality, for reasons we examine over the next couple of posts. In a sane world, landlords would want their properties occupied by paying tenants.

So, why boot them out? To get higher-paying tenants, of course. Or — and this is the crazy part — to leave the place empty, which seems to be the strong second choice. But first it helps to examine the many factors that have worked together to bring San Francisco to such a pass, because if we don’t take note of the worst examples and how they got that way, we are doomed to repeat the same losing scenarios in city after city.

The OMI situation had to do with apartments, which are treated differently than SRO (single room occupancy) units. Shaw believes that it is good for the city to have its SROs occupied by committed long-term tenants. Of course, if more apartments were available for local residents, rather than tourists, that would presumably free up some SRO units for people who currently have nowhere at all to live.

The apartment squeeze comes from the other direction, too. Because the cost of houses, condos, lofts, etc. has risen so precipitously, fewer people can afford to buy homes and are renting apartments instead. So the pressure comes from both ways — from tenants trying to move up into more desirable rentals, and from former homeowners who have been forced to downsize.

The San Francisco situation became ugly for many reasons, not least the invention of Airbnb to broker short-term rentals to business travelers, tourists, and people sticking a toe in the water before deciding to move there.

Unfortunately, Airbnb “explicitly violated this city’s housing laws” from Day One, and “aided and abetted in the cannibalization of affordable residential stock,” in the words of Joe Eskenazi, who has written extensively on the topic. Property owners were supposedly allowed to book Airbnb visitors full-time, only if they themselves lived on the premises full-time. For example, renting out a room above a garage, while the family stayed in residence; or renting out a house if its owner family went on vacation.

Tourist-only rentals were supposed to be limited to 90 days per year. The idea was, if a long-term tenant moved out, the landlord could have three months to go nuts and grab as much Airbnb gelt as possible, before obediently signing a lease with the next long-term tenant.

But who cares about a little thing like a rule? Consequently, speculators bought up properties and milked multiple Airbnb cash cows at all times. For regular people, the apartment market dried up.

The original Conversion Ordinance included complicated rules for SRO buildings, about what percentages of their rooms can be used for what purposes, at what times of year, and for how long. Of course, owners had been playing fast and loose with the rules for years anyway, says Eskenazi…

[…] by renting out residential rooms on a weekly basis — which, obviously, catered to tourists — and shuffling around residents approaching the 32-day threshold that establishes tenancy rights in a practice called “musical rooms.” The loophole was finally closed early this year. “Long story short: You have to treat residential units like residential units,” said Supervisor Aaron Peskin…

Owners of these places thought they could have it both ways — receiving, as Adam Brinklow phrases it, “legal breaks and considerations because they provide cheap housing to residents who otherwise might be homeless,” and also cashing in on the Airbnb bonanza. A year ago, in order to favor impoverished local residents over wealthy strangers, the law strengthened the 32-day rule. Landlords resented this bitterly, and some felt so strongly about it, they promised retaliation, like the one who threatened to stop working with a non-profit called Homeless Prenatal.

In January the Office of Short-Term Rentals geared up, and began issuing licenses to short-term rental hosts who proved they were law-abiding. Thousands of illegal listings by Airbnb and similar outfits immediately vanished from the web.