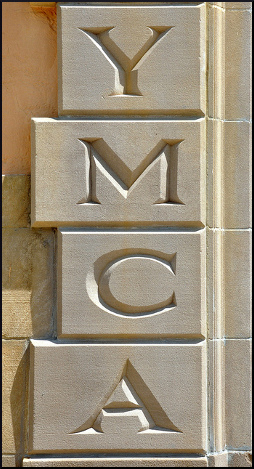 Ace Backwords, who has written extensively on homeless issues, used to live in a single-room occupancy building (SRO) in Berkeley, California. Although he employs an inelegant synonym, that’s what he’s talking about here:

If they want to solve the homeless problem, one of the first things they need to do is start building thousands and thousands of flophouses. Cheap, little rooms with a bed and a sink in them, and a bathroom down the hall. Unfortunately, they’re a dying breed: flophouses. In fact, a couple months after I moved out of the one on 2nd Street, the phone company bought the building, paid off all the tenants a thousand bucks each to “re-locate” and then turned it into one more bland corporate office building.

In his book Looking Up at the Bottom Line, House the Homeless co-founder and President Richard R. Troxell fondly remembers SROs, of which the country used to have several million. Sometimes, in special cases, a collection of units in a hotel-like structure can be more than just a place to live. Richard describes Garden Terrace, Austin’s last SRO facility with supportive housing, where 85 residents lived semi-independently, with food and case management provided, for a nominal amount of rent. At the time, he said, “It is considered transitional housing, but no one can afford the housing to transition into.”

Richard reminisces about the YMCA, which still rents out rooms in some cities, but they all seem to have different rules. In one place, the nightly fee is $50; in another, a year’s minimum lease is required; and so on. But in the old days, says Richard:

On a nightly basis, you could lay down your $5 or $10 and get a decent, clean room with a place to stash your things, get up to an alarm clock, go down the hall in the morning to a shared bathroom, and then head off to work — showered, shaved, refreshed and ready to put in a full day’s work. You could chase the American Dream… Today, the YMCAs do not exist in any significant number.

One after another, SRO buildings fall, sometimes with a great deal of commotion. Truth-out writers Toshio Meronek and Andrew Szeto interviewed long-time activist Charlie Fredrick about the tumultuous events in San Francisco in the 1970s:

As the city closed and demolished many of its SROs, the International Hotel — which housed almost 150 low-income Chinese and Filipino seniors — became a symbol for the war between real estate interests and activists. Years of protest eventually sparked a court battle over whether city funds should go to buying the “I”-Hotel and handing it over to tenants groups, with the seniors being publicly supported by a range of high-profile left activist groups… Ultimately, the tenants of the “I”-Hotel lost the fight.

In 2014, there were still more than 500 SROs in San Francisco. Meronek and Szeto wrote about the Altamont, a hotel in the Mission District. Most of its rooms were rented long-term by people helped financially by HUD. The rooms (normally 11’x14′) were described as “barely larger than the size of a prison cell” with shared bathrooms and kitchens.

This is not necessarily a bad thing. A very large number of people do not want to own houses or condos. They don’t want to shovel snow, mow a lawn, redecorate the foyer, or even cook meals from scratch. They just want to carry out the basic activities of life in a clean and no-hassle space where all the utilities function. Unfortunately, housing developers only want to build more McMansions and fancy condominiums with fireplaces and hand-clap light switches.