How to Become Homeless – Have TBI 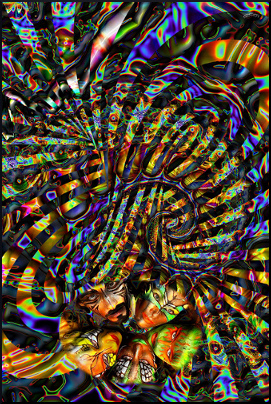 There are quite a few things the general public does not know about concussion injuries. For instance, the victim does not have to be rendered unconscious. In fact, a knockout occurs in only 10% of concussions, so you can’t go by that. What causes a concussion is any kind of sudden impact to the body that makes the brain change speed or direction.

Think of driving a car. On impact, the car is abruptly halted but the driver’s body is still going at the same speed as before, so it is thrown forward. If the air bag inflates, a cushion is created between the driver and the steering column, dashboard, windshield, and other hard objects that are in front.

The brain doesn’t have an airbag, only a surrounding bath of cerebrospinal fluid, which doesn’t have the same properties as a cushion full of air. On impact, the fluid is pushed aside, and the brain hits the inside of the hard skull bone.

When the impact is severe, the brain can then bounce in the other direction, hitting bone again on the opposite side. Cells stretch, tiny veins break, and chemicals are let loose into areas where they don’t belong.

Two different kinds of blunt-force trauma can cause brain damage — linear acceleration and rotational acceleration. We quote here from the informational material included with the Traumatic Brain Injury (TBI) survey conducted by House the Homeless in Austin, Texas:

The medical community now believes that this “rotational acceleration” does more damage than “linear rotation” since the blood vessels can stretch and tear as the brain rotates. In both instances, a chain reaction begins as chemicals in the brain move around in chaos creating disruption.

Another problem is Post-Concussive Syndrome, in which intense symptoms last for along time and the person may never recover the ability to concentrate, remember things, or sleep properly. In Chronic Traumatic Encephalopathy (CTE), the long-term results are poor judgment, dementia, drug-taking, lack of insight, depression, tinnitus, inability to balance, and other symptoms that interfere with the ability to hold down a job or even to manage the details of everyday life. It doesn’t help to write down the address of a soup kitchen if the person forgets the note is in his pocket, or can’t figure out how to get there.

Concussion can’t be diagnosed by a blood test or brain scan or other physical test, only by indicators or symptoms. While there are considered to be 26 indicators, nobody manifests all of them all the time, but only a few at a time. CTE can’t be diagnosed until the person’s body is on an autopsy table. These conditions may be associated with Lou Gehrig’s disease, bipolar disorder, Parkinson’s disease, and others processes in which neurotransmission is disrupted.

There is no good concussion, because they all interfere with the brain’s ability to send and receive messages.

The 2010 Health Survey revealed that 49% of people experiencing homelessness are too disabled to work a regular full-time job. That is nearly half, and it it lines up uncannily with the fact that nearly half of all homeless men have suffered a traumatic brain injury. This was discovered by Dr. Wayne Gordon of Mount Sinai Hospital’s Icahn School of Medicine.

The brain injuries mainly happened before his rehabilitation patients became homeless, not as a result of rough street life. Some were the victims of parents and caregivers who see baby-shaking as a non-violent method of quieting a baby or getting its attention. On the contrary, baby-shaking is extremely violent and can cause brain injury that lasts a lifetime.

Other patients with TBI had been hit in the head, or been struck playing contact sports, or fallen from heights. Some had been in car accidents or were injured while on active military duty. House the Homeless has spoken before of the diabolical merry-go-round between the streets, the prisons, the foster care system and (for the lucky) hospitalization.

Dr. Wayne Gordon is very concerned about prisoners, who are in a position to receive massive abuse:

You need to train the correction officers to understand brain injuries so that when somebody may be acting rude or answering back or forgetting what they’re supposed to do, it’s not a sign of maladaptive misbehavior or disrespect, it’s a sign of a brain injury.

The Veterans Administration notes that many returning vets wind up homeless for eight or nine times the length of their deployments. In other words, if a person spent a year in a war zone, it’s not unusual for that to be followed by eight years of homelessness.

In fact, 27% of Iraq and Afghanistan veterans are known to have TBI. The damage is cumulative, because more health risks show up the longer a person is on the streets. The VA has a chilling term, “tri-morbid,” which means a person concurrently has mental illness, physical illness, and substance abuse.

A different physician with the same last name, Dr. Mark L. Gordon of the Millennium Health Centers, has worked extensively with veterans and achieved a totally new understanding of how TBI and Post Traumatic Stress Syndrome might be treated by correcting hormone deficiencies.

One of the most distressing pieces of general ignorance is that when people hear “hormones” they think “sex,” which is only a small part of a very large picture. Hormones do everything, including keeping the brain on track. If implemented, Dr. Mark L. Gordon’s discoveries could treat a vast number of people at a relatively slight cost.