Next Tuesday Is Bridge Day 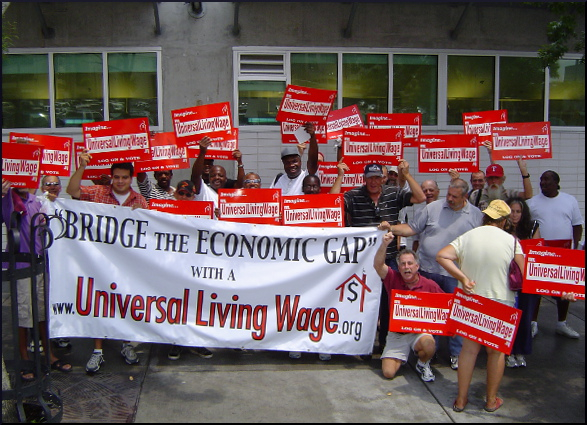 During his tenure, President Obama said that income inequality is the single most important issue of our time. But the actions of the administration and Congress have created a failed federal minimum wage that still clings to the archaic and pedestrian concept that “one size fits all” in a nation of a thousand-plus economies. Who hasn’t traveled? Who hasn’t found that a meal in Washington, D.C., is at least twice as much as one in Scranton, Pennsylvania, or the rent in Austin, Texas, is almost three times that of Harlington, Texas?

The failure of Congress to reasonably and timely raise the minimum wage even at its one-size- fits-all rate has caused major, heavily populated cities to independently raise their own minimum wage out of desperation. But these $15.00 per hour increases still fall way short of living wages in these major cities, and would put small business out of business in our smaller cities. And, soon enough, time and inflation will again erode the wage.

The answer is simple. We need to index the federal minimum wage to the local cost of housing. In this fashion, if a person puts in their 40 hours of work, they will be able to afford a basic rental property… No matter what that rent escalates to, or where it’s located. This makes sense for business as it stabilizes their minimum-wage workforce. This makes sense for the local construction industry (nationwide) that will get to construct housing for the 3.5 million people experiencing homelessness. And it makes sense for the homeless minimum-wage worker who can finally attain housing.

For these reasons, the theme of the this year’s Bridge the Economic Gap Day (when we get on our nation’s bridges and fly our banners for Living Wages) is: INDEX IT! Index the wage to the local cost of housing so that as a worker, I’m drawn back in off the dole to a life of satisfaction and accomplishment… So that I can again earn a fair wage for a fair day’s pay. INDEX IT! Index it so that as a worker I can experience the true meaning of the word “opportunity.” Then, as an American with a dream, I can combine the two.

For much more information, see Katie McKaskey’s writeup from last year’s Bridge Day. Everything there is to know about the Universal Living Wage can be found in the pages of House the Homeless.

Richard’s book, Looking Up at the Bottom Line, explores the idea of economic homelessness and how we can drastically reduce the level of taxpayer dependence on such supports as food stamps, TANF, general assistance, earned income tax credits, etc. At the same time, the book points the way to stimulate the local housing industry all across America while shoring up new business startups and ending economic homelessness for over 1,000,000 minimum-wage workers.

An interesting resource is this collection of charts, like the one titled, “The last two decades were great… if you were a CEO or owner. Not if you were anyone else.” To spend some minutes musing over them is to experience a disturbing array of revelations and emotions.

Remember how Seattle made big news by raising its minimum wage? The Seattle Minimum Wage Study Team issued a report in July, and Jared Bernstein reviewed it for The Washington Post. It examines the impact of the first stage of Seattle’s wage hike, which went into effect in April of 2015.

There are a lot of details to take into consideration, but the outcomes are said to “fit comfortably into a view well understood by minimum-wage advocates and increasingly accepted by economists: most increases have their intended effect of lifting the pay of low-wage workers with little in the way of job losses.”

Bernstein explains his discomfort with the way in which Seattle’s advance has been covered by the press, and many other matters too. The 120 comments appended to the piece add more layers of nuance.

Source: “15 Mind-Blowing Facts About Wealth And Inequality In America,” BusinessInsider.com, undated
Source: “So far, the Seattle minimum-wage increase is doing what it’s supposed to do,” WashingtonPost.com, 08/10/16
Image by House the Homeless