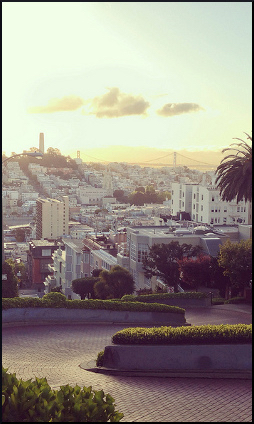 Drawing from the investigations and experiences of several dedicated journalists, House the Homeless has published several recent posts that try to get to the bottom of what the heck is going on in San Francisco, and has still not ticked everything off the list. A person might think that the whole scene had pretty much been covered, but that person would be overly optimistic.

There is, alas, more to say about the increasingly hostile environment that the fabled City by the Bay has become. As a case study, San Francisco has aspects that would only apply in some other metropolis. Huge cities with international constituents are not like medium-sized or small cities. On the other hand, a great many people live in them, and are affected by the urban housing crisis.

For Spur.org, Kristy Wang asked the relevant question, “Are Second Homes Driving Up San Francisco Housing Prices?” This research was based on 2012 data, but even recent changes in the rules can’t undo the damage done over the years, which has cumulatively caused a crisis.

What on earth is a pied-à-terre?

When someone maintains a second residence in the heart of a big city, it’s called a pied-à-terre, which in French means “foot on the ground.” Unless the owner has a lot of breakfast meetings downtown, or is conducting an affair, many such units stay empty most of the time. A certain number of them are owned by people from different states or even different countries, and this is where the animosity turns serious.

Why can foreigners gobble up apartments and condos, which sit empty until they fly into town once a year for a meeting or conference — while the natives live in tents? The answer is simple: It’s a little thing called the market economy. The other answer is, this is America, and people will ultimately set limits on how many government rules they will follow, and where nobody can be forced to care about a concept like fairness.

Apparently, this phenomenon was found to affect only 2.4% of the city’s housing stock. On the other hand, as we have seen, many causes contribute to the housing shortage. Even if each cause only affects a small portion of the housing stock, they all add up. Wang gives advice that seems geared to steer people away from activism in the second-home realm:

We’ll do better to focus our energies where the real issues may lie: Let’s gather the data to truly understand who lives where. Let’s protect existing rental units. Let’s build more affordable housing. And let’s increase the overall housing supply to take some pressure off the housing we already have.

Another San Francisco problem, especially applicable to the city’s disproportionately large number of Single Room Occupancy buildings, is that these buildings can not be leased to the city, to house people who would otherwise be homeless, unless the buildings comply with housing, health, and fire codes.

Pain in the posterior

The maintenance issues are huge. If a building’s lone elevator needs repair, a whole lot of people, many of them elderly and/or disabled, are affected for long periods of time. Then there are bedbug infestations, which are unbelievable expensive for the landlord and disruptive for the tenants.

When the government insists on a bunch of fancy extra paraphernalia, like grab bars in the showers and strobe-light fire alarms for deaf residents, it’s no wonder that building owners are fine with keeping a place empty until a buyer with big ideas and a bigger checkbook shows up. They did not sign up to be nursemaids to “extreme” tenants. They can’t go around every day to make sure every resident is taking their meds.

When the city tries to recruit landlords into various helping schemes, the landlords are wary. According to the Spring 2016 “Single Room Occupancy Hotels in San Francisco Health Impact Assessment”:

SROs aren’t set up to be assisted living nor do they offer the medical support that many tenants need. Further, participants felt that even many case workers weren’t adequately equipped, or weren’t willing to deal with tenant health issues. Participants felt that they needed better support from City agencies both before and after placement.

Landlords want better screening processes. They may not be permitted to filter out problem cases, but they want at least to be warned when a tenant with dangerous mental illness is installed in their building. But the law protects people from having their medical confidentiality violated. Sadly, it isn’t just the landlords who are negatively affected by tenants who really need institutionalization. The 20% of truly troublesome residents can make the lives of the quiet, cooperative 80% a living hell.

For people who seriously need referral to Adult Protective Services, landlords need support in knowing the law, filling out paperwork, and communicating with tenants who must be removed for the good of all. They need help with that aspect, and they also say they need more help with the upgrades that are, due to the Americans with Disabilities Act, necessary to their premises.