Seattle — What Were They Thinking? 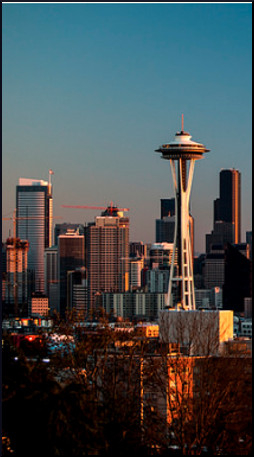 At the beginning of this year Seattle, Washington, already had a couple of safe-parking zones in the Ballard, Interbay and Sodo areas of the city. People could park their RVs and live there on a permit that was renewable each week. The city provided trash removal, portable toilets, and case management (if the person chose), with money made available after the mayor declared a state of emergency. It cost the city around $270 per month per vehicle to run a “zone.”

Also, in January, the city announced that it would open two “safe lots.” Unlike the “zones,” the safe lots would allow people to stay for a month at a time. Rather than optional, case management would be mandatory. The “safe lot” concept is different from the “zone” in other ways. The safe lot comes with water, electricity, a communal cooking tent, and full-time security staffing.

Opening the Ballard safe lot in February had consequences. One was that the Ballard “zone” closed, making its residents homeless again. The Ballard safe lot was never meant to be permanent, and indeed the land is only available until August, when the safe lot may be relocated or the idea may be abandoned entirely.

And the unexpected cost of the first safe lot changed the city’s mind about opening a second one. The planned second site, in Delridge, would have cost nearly the same amount, but would have held only half the number of vehicles.

Two safe zones had their time extended for two months. All in all, the net gain, in terms of improving the lives of actual humans, was not very impressive. Daniel DeMay writes that “city staff didn’t know exactly how much such a project would cost”:

[…] about a month after the Ballard lot opened […] it became clear that the cost was a lot higher than anyone expected.

[…] the city is renting the lot from Seattle Public Utilities at a rate of $7,522 per month

The monthly cost pencils out to about $1,750 per vehicle — more than the median rent for a one-bedroom apartment in Seattle.

This story quotes city official Sola Plumacher as saying, “We have never done a safe lot. We didn’t really have a sense of what the costs were.” But why? How can this be? Has no other city ever undertaken a similar project? Doesn’t shareable information exist about the costs on some government website? Why is it necessary to reinvent the wheel? Couldn’t someone have made a phone call to learn the hourly rates for whatever type of rent-a-cops were needed? Isn’t the pay scale of a case manager a known element?

More questions: Why can’t Seattle Public Utilities take $1 a month instead of more than $7,000 a month, for land that nobody else would pay to rent anyway? For decades, the film industry has trained experts to estimate the cost of a project with pinpoint accuracy. Couldn’t a city hire one of them?

Seattle is a big place, with many homeless interventions going on. The Safe Parking pilot project started back around 2011 and yielded a grand total of seven parking spaces,  provided by two churches. At the time, it was estimated that between 500 and 1,500 people lived in vehicles on any given day, so the scale of the problem is evident and has only become worse.

This year, while bemoaning the unanticipated cost of one safe lot with a 20-vehicle capacity, the city was also planning to clear out “the Jungle” and evict 300 people  without even vehicles to live in. Guess what happened in May? On the Interbay land where 25 RV-dwellers had been living, the lease ran out and a call was issued to friendly mechanics to come and help the people with un-drivable vehicles get out of there within a week.

Sure, it’s always easy to “Monday morning quarterback” the other guy’s mistakes until you’ve walked a mile in his shoes, and so on. But really, Seattle? Really?