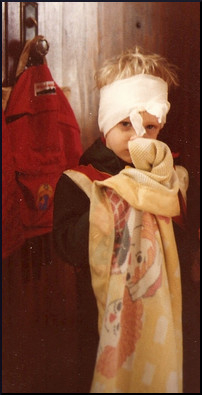 In previous House the Homeless posts, we have outlined the basic facts that are just beginning to appear clearly, about certain relationships between various groups of people. The report on this year’s HtH Survey described how a concussion occurs.

Sometimes, the brain is concussed even when the person has not received a direct blow to the head. As with “shaken baby syndrome,” any violent activity that causes the brain to strike the inside of the skull can potentially do serious damage.

The 2010 HtH Health Survey had already established that about half of the people experiencing homelessness are too disabled to work. This year, the 248 people who filled out survey forms provided a frightening picture of how much of that disability stems from traumatic brain injury.

Not surprisingly, many of Austin’s homeless residents have sustained multiple head injuries. Almost half have been in car accidents, and the number of street attacks on people experiencing homelessness is astonishing. Of course, domestic violence plays a role. Many women flee hellish situations with no safe place to land.

Undoubtedly, police actions account for some head injuries among the homeless, but also consider this — nearly three-fourth of the survey respondents had fallen from a height. A fall from a roof, scaffold, or tree is almost always a work-related injury.

Of the 248 survey respondents, 26 individuals, mostly veterans, said they had been in an explosion. Here is a weird coincidence: 26 symptoms characterize traumatic brain injury. The signs are present among a huge number of veterans, and a gigantic number of people experiencing homelessness, and also among a very large number of former contact sports players.

Many people fit in all three categories, and here is the incredibly ironic thing. Two of these groups of Americans — soldiers and athletes — are praised and rewarded as long as they are in good working order. But if they should happen to become members of that third group, the homeless, their reputation suffers a sudden and dramatic change. Interest in their well-being evaporates, and concern for their fate drops to zero.

What if what we are seeing is that many of the nation’s homeless population has suffered some kind of head injury not necessarily because they are homeless, but rather, causing them to fall into homelessness and even preventing them from escaping it? […] Perhaps, ultimately, we can take preventative measures to counter these life-altering events that are so costly to the individual and to our nation…

Concussed people very often fall through the holes of the societal safety net. What we are zeroing in on here is the relationship between head injuries, ongoing disability, veterans, and homelessness. This is where Dr. Mark L. Gordon and his Millennium Health Group colleagues enter the scene.

As we have mentioned, Dr. Gordon is an endocrinologist who has specialized in Traumatic Brain Injury for many years. His work is based on the fact that brain injury damages the nearby pituitary gland, which is in charge of all the the body’s neurosteroids (hormones.)

Unfortunately, popular imagination associates hormones only with the reproductive aspect of human life. In actuality, neurosteroids rule every physical process and mental condition, and their absence causes deficiencies that Dr. Gordon lists as including:

Restoring neurosteroid homeostasis can return a person to a state of health and productivity that is not only addiction-free, but medication-free. On April 12, House the Homeless issued a press release announcing a new effort to combine the resources of our organization with those of National Health Care for the Homeless, directed by John Lozier, and with Dr. Gordon’s hormone replacement therapy protocol.

The precedent for this type of united initiative has been set by Dr. Gordon’s work with the Warrior Angels Foundation, resulting in the successful treatment of more than a hundred veterans afflicted by traumatic brain injury. We want to see this healing work continue for veterans, for homeless people, and most particularly, for homeless veterans.