Tropes of the Unhoused 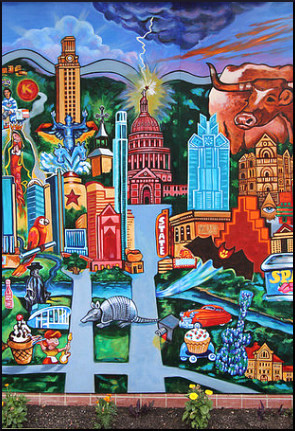 Referencing myths about homelessness is a reliable way to create an easily-understandable title for a piece of journalism, yet the word itself is a bit too glamorous for comfort. “Myth” is a rather positive word, one that elevates and ennobles, associated with grand old tales of conquest and heroism, pertaining to such figures as Odysseus, the Centaur, King Arthur, Robin Hood, Aphrodite, Sisyphus, unicorns, and even Santa Claus.

Maybe a better word is “trope,” which means something closer to “stereotype,” and implies a theme that is familiar, often repeated, and even overused.

Reporter Chris Nichols consulted several policy experts about homelessness and the people caught up in it. He speaks of the misconceptions that sometimes tend to make homeless people seem “one-dimensional.” But California alone contains about 134,000 of them, making it highly unlikely that they could be all the same. California’s count, incidentally went up 14% between 2016 and 2017.

One frequent allegation, especially in warm-weather states like California and Florida, is that people come flooding in from elsewhere, and therefore are not entitled to receive help from the administrative district they land in. But a study conducted earlier this year by the Los Angeles Homeless Services Authority revealed that 75% of L.A. County’s street people used to live in the county previously, when they were housed.

Indeed, many individuals live outdoors close to where they used to dwell indoors. Further,

It also showed that 65 percent of the unsheltered homeless had lived in that county for at least 20 years. Only 13 percent were from out of state.

Psychology Professor Paul A. Toro has for years worked with people experiencing homelessness, and in the 1980s noticed the correlation between the government’s deinstitutionalization policy and the growing number of homeless Americans. The sad results of that policy are still with us today. This connects with another popular misconception, the idea that people become homeless because they are mentally ill or addicted to alcohol or hard drugs. Very often, it’s the other way around.

Walk a mile in their shoes

Newly homeless people are stressed and traumatized in certain ways, and anyone who has been out from under a roof for a long time is traumatized and stressed in the same ways, except that now, the emotional pain has piled up and multiplied. Losing all of one’s belongings is a severe shock. Losing all respect from law enforcement, government bureaucrats, retail employees, and the general public means a continuing and ever-worsening series of shocks.

People with nowhere to live face uncertainty, physical risk, hunger, dangerously inadequate sleep, foul weather and, if they seek help, masses of paperwork to fill out and documents to procure. They are pitched headlong into a totally different world with a completely different set of rules. It is a lot to cope with, and if people seem a little strange, maybe it behooves us to give them the benefit of the doubt.

How would we react to lives turned upside down and eviscerated? And it doesn’t cause just mental and emotional wear and tear, but physical stress as well, impairing the immune system while at the same time, chances of obtaining medical help dwindle away.

So if 15% of the people in Los Angeles County have substance abuse disorder, maybe they were already like that, or maybe being homeless pushed them over the edge. If 27% suffer from serious mental illness, maybe they managed to function adequately when housed, and only because problematic to themselves and others when forced into the streets. Professor Toro says,

Studies done by our group and others over the last 30 years have found that only one-quarter to one-third of homeless adults show a documented serious mental disorder, like schizophrenia, major depression or bipolar disorder… Sixty to 75 percent of homeless people struggle with substance abuse at some point in their lifetime, versus 16 percent among the general population.

Everyone who looks into these matters brings up a point very needful of recognition. To employ yet another trope, we, as a society, must not “throw out the baby with the bathwater.” When draconian laws are passed, and when policies are difficult or impossible to adhere to, sure, maybe that prevents the waste of taxpayers’ money on people who have no interest in either becoming healed or in living up to society’s expectations.

But ruthless gatekeeping is very harmful to at least four cohorts who report very little mental illness or substance abuse amongst them: homeless mothers; their children; unaccompanied youth; and college students. Every time we make it harder for a chronically homeless person with a habit and a bad attitude to receive help, whether it’s dinner at a park or a spot in a transitional facility, we make it harder for the harried mothers and their confused kids.

We make it harder for the young people coping with not only the routine problems of adolescence, but homelessness in addition. Most cruelly of all, we deprive the brave, determined, and deserving youth who somehow manage to climb the first steps of the higher education ladder, and at the same time deprive ourselves and the rest of America of the contributions these amazing people could make.

Consult this page for information on National Hunger and Homelessness Awareness Week. The related events have raised millions for local service providers. Find out who is doing what in your area, and what you can do in the areas of education, service, fundraising, or advocacy.

And, if you are in the vicinity of Austin, Texas, please plan to attend the Annual Homeless Memorial Service on November 18. This sunrise ceremony will take place as always on the south side of Lady Bird Lake, at South First and Riverside Drive.