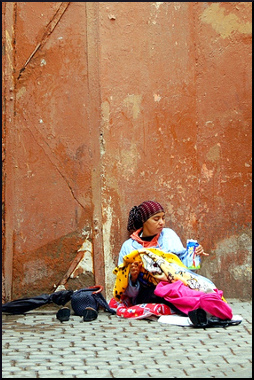 What would be the advantage of distributing the same amount to everyone, with no strings attached? It seems counterintuitive, but associate professor of philosophy at the University of San Diego Matt Zwolinski explains how the universality would be an economic benefit:

When transfer systems provide benefits to some but not to others, people will inevitably spend a great deal of time and resources trying to get politicians to put them in the “some” category and not the “other” one. One of the virtues of a universal grant […] is that it severely reduces the incentive for this wasteful competition between interest groups.

Also, making it universal and unconditional would cut down on slothful and expensive bureaucracy. Administration does not have to gobble up a huge portion of every program. The idea of allocating a set amount, for basic needs, to everyone with no strings attached, sounds insane to some.

The basic philosophy is based on ideals different from, but equally as strong as, “everyone must work.” A quotation from Miranda Perry Fleischer and Daniel Hemel in Zwolinski’s piece capsulizes three of those foundational concepts:

Delivering benefits in cash, rather than in-kind, furthers autonomy by recognizing that all citizens — even poor ones — are the best judges of their needs. Decoupling such transfers from a work requirement acknowledges that the state lacks the ability to distinguish between work-capable and work-incapable individuals. Providing payments periodically, rather than through a once-in-a-lifetime lump sum grant, ensures that all individuals can receive a minimum level of support over lifespans of variable lengths…

In some circles, denying the government any chance to invade privacy is seen as a very desirable end, and so is minimizing the government’s opportunities to make mistakes. Zwolinski goes farther into why it is not good for officials to play God. He writes,

Distinguishing between the deserving and undeserving is difficult business and requires a variety of invasive, demoralizing, and degrading inspections into the intimate details of applicants’ lives.

We should guarantee a basic income for everybody not because everybody deserves a check but because some people deserve it as a matter of justice, and sorting out the deserving from the undeserving is an impossible and dangerous task.

Fleischer and Hemel add that demoralization, in and of itself, is a social cost, and that even the most flawlessly objective officials make mistakes. When that mistake involves allocating or denying the means to live, it’s kind of like handing out a death penalty, or not. You don’t want to mess up. But even if they genuinely care,

A separate concern is that officials charged with making these distinctions will inevitably bring their own biases and value judgments to the process.

They don’t have enough

In explaining “Why we should give free money to everyone,” the Dutch historian and author Rutger Bregman points out that social welfare programs whose requirements are contingent on the labor market are bound to fail because the labor market does not create enough jobs, and more are being eliminated by automation every day — especially the kind that can be done by minimally educated and perhaps disabled people.

“Workfare” schemes ignore the fact that people crushed by circumstances, especially if they are disabled, have enough problems already. Transportation is a nightmare; employers don’t want to be giving low-level employees time off to go to medical appointments; their medication might cause side effects that cause even more complications. Bregman writes,

Except that it doesn’t.

He cites studies from many countries showing that free money correlates with decreases in infant mortality, malnutrition, teen pregnancy, truancy, and crime. Universal basic income also coincides with more equality between groups, better school completion numbers, and higher economic growth. And the long-term benefits in terms of health, income, and tax collection are said to be excellent. What’s not to like?

APRIL 15
If you want some inspiration to warm you up for protesting, check out “Tax Day: Make Them Pay,” a video that makes a number of good points in less than 10 minutes.

COME TO THE UNVEILING!
To welcome The Home Coming statues, please join us Saturday, May 18, at 9 a.m. at Community First! Village. The address is:

Source: “Property Rights, Coercion, and the Welfare State,” Independent.org, Spring 2015
Source: “Why we should give free money to everyone,” TheCorrespondent.com, May 2009
Photo credit: laura0509 via Visualhunt/CC BY-SA