What Can We Expect? 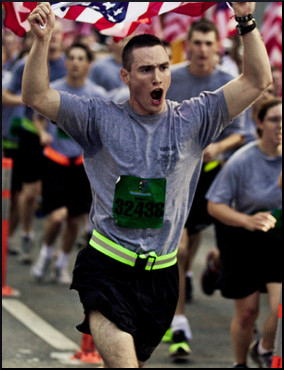 In “An Open Letter to the Trump Administration,” Richard R. Troxell, President of House the Homeless, asks the incoming group of public servants in Washington how they will help in several specific areas. Here, we elaborate on the areas of focus.

One thing that could work is adjusting the minimum wage, but not in a one-size-fits-all way. House the Homeless is an advocate of the Universal Living Wage indexed to local housing costs. Here is a serious question: Where is new housing construction? We have been told that a free market works on the principles of supply and demand; that if a demand exists, someone will step up and supply it. So: Where are the affordable shelters needed desperately by many hundreds of thousands of Americans?

Of course, a detail-oriented skeptic will point out that “demand” consists of two elements: both the desire for something, and the ability to pay for it. And then someone else might say, “Plenty of people out there have government vouchers in their hands, ready to pay for shelter, and they can’t landlords who will rent to them. Why doesn’t this economic system work as advertised? To obtain better results, what needs to be tweaked?”

That person might also ask, “When a ton of jobs are needed, and a ton of housing is needed, why is it so hard to put it all together and get these people jobs — as the builders of housing? Why is it so hard to enable people to pay rent, by creating jobs for them in the construction trades?”

The skeptic: “Are you kidding? Homeless people are not trained to build things.”

The believer: “Neither are the volunteers who turn up to build houses with Habitat for Humanity. They sign on for this charitable effort through their churches, or the companies they work for. Yet somehow they manage to build perfectly habitable houses.”

Attack Taxpayer Waste: Address the short-comings of the Supplemental Security Income Stipend, SSI that will result in recipients being able to afford basic rental housing with the disability stipend they already receive.

Speaking of revenues collected by the federal government, last week the IRS announced that about 40 million families will receive their tax refunds late. Are these wealthy people with income streams so vast and complicated that the revenue agency will need several extra weeks to sort it all out, lest billions of dollars be allowed to escape the net?

No, they are low-income families, because imagine the horror if some taxpayer who claims the child tax credit or the earned income credit did their math wrong, and the government missed out on a few bucks. But that isn’t the worst part. IRS Commissioner John Koskinen told the Associated Press:

For most of these people it’s the biggest check they are going to get all year.

That fact should be a gigantic red flag. It suggests that the withholding system extracts too much from “most” of 40 million paychecks. Although the taxpayers eventually get it back, in the meantime, the government reaps the benefit of lots of little interest-free loans. A million here, a million there, and pretty soon you’re talking real money.

Meanwhile, families struggle, and they borrow. Then, they pay interest on that debt, while at the same time the government is using their money for nothing. Now that we have all the computers and everything, it shouldn’t be so difficult to arrange for taxpayers to have the freedom to spend their own money when they earn it. It should be possible to fine-tune the science of withholding just a bit, so the tax refund isn’t “the biggest check they are going to get all year.”

House the Homeless has an important relationship with Dr. Mark Gordon, who does the most outstanding work in treating Traumatic Brain Injury (TBI). What is the tie-in with our stated topic? As it turns out, a large number of people experiencing homelessness are veterans, and many of them suffer from TBI. (Another large number of people experiencing homelessness, who are not veterans, also have TBI.) Bottom line, when a government asks or compels citizens to join the military, it incurs the obligation to help them deal with the personal consequences.