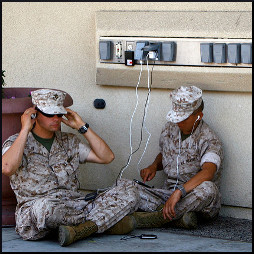 We will not attempt to pluck at the reader’s heartstrings with reminders of how many children in America are having a lousy winter holiday season, with no chimney for Santa to descend, or any cultural equivalent of that gift-expectancy concept. Why not make the holidays a big deal? Because the plight of the homeless is not just a seasonal accessory, like nutmeg. Rotten things happen to people every day of the year.

But let’s start with some good news. “It was the right thing to do.” People think that a lot, and sometimes they are correct. John Stewart, San Francisco’s chief judge, explained to the press how it is time to stop locking people up for their inability to pay fines, especially for crimes connected with the fact that they are experiencing homelessness.

Whitney Webb introduces the story by noting that…

In cities around the country, the homeless are frequently criminalized, as are those who offer them food and other forms of human kindness…

Many of these arrest warrants were for so-called “quality of life” crimes, which include sleeping on sidewalks or public places, urinating in public, and public drunkenness…

San Francisco Superior Court judges stopped issuing arrest warrants for these “quality of life” crimes. Not only that, but the judges also threw out over 66,000 arrest warrants…

The police union objected, of course. Without crime they would be out of a job. Lucky for them (if not for us), there is little danger of a crime shortage. The main problem is, fines are assessed against people who do these “quality of life” crimes. If the fines are not paid, the people are jailed, which costs the city money, and what’s the point? In some places, the authorities smarten up and spend the money on portable toilets instead.

Though the city’s judges have shown great compassion in dismissing the cases against the city’s homeless, it will take much more for the problem of the San Francisco’s epidemic of homelessness to disappear.

By way of contrast, here are some brief highlights from a story told in great detail by Emily Green for StreetRoots.org. It took place in Portland, Oregon. Jackie, as she is pseudonymously known, has muscular dystrophy and receives disability checks, and is on several affordable-housing waiting lists.

In the area known as Old Town, she saw a man charging his cellphone from an outlet on a decorative planter, and joined him. They both were accused of third-degree theft, a Class C misdemeanor. Jackie’s Public Defender calls this move “another example of resources wasted for frivolous offenses.” Green writes:

According to the Electrical Research Institute, it costs about 25 cents a year to charge the average mobile phone. If the phone in this scenario had gone from zero charge to full charge, the cost would have amounted to mere fractions of a penny.

But it’s the principle of the thing, right? Stealing is stealing, right?

Do we want to go down that path? Do we want to return to the grotesque days when stealing bread could get your hand cut off? If Jackie were convicted of theft, it would be assumed by anyone who knew about it that she had snatched a purse or shoplifted. Even if a kind person were interested enough to ask what the crime had been, would they really believe anyone could be prosecuted for taking a tiny fraction of a cent’s worth of electricity?

Even worse, Jackie would have to go back and revise all those housing applications and check the “yes” box on the criminal history question. Her case went to Community Court, where she missed her arraignment, which resulted in a bench warrant. When Jackie surrendered, she was briefly booked into jail.

No, she’s not the perfect defendant, but the reader is taken through the unbelievable complications of a situation that just gets worse and worse. Jackie used to work in social services, and even sometimes with the police, but she has a different impression of them now.

One question that comes to mind is, before kindly providing indigent people with cellphones, did any government bureaucrat think for one second about how those indigent people would go about filling their phones with electrical power?

Why doesn’t some altruist figure out how to donate this incredibly cheap service of phone-charging? Does anyone really believe that a few cents worth of free electricity will encourage others to embrace the homeless lifestyle? It’s as if they’re afraid kids would hear about such a generous perk and say, “That’s the life for me!”