Work, the Minimum Wage, and the Young 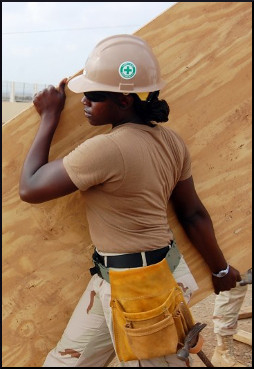 The minimum wage was created in 1938 immediately following the Great Depression. It is set by the federal government, although a state or city can adjust it upward, but not downward. The whole point of the minimum wage was to ensure that if a person put in 40 units (hours) of work, they’d be able to afford the basics: food, clothing and shelter.

It was also seen as a way to alleviate the financial harm suffered by employers having to put up with workers who didn’t know jack. It was intended to be an entry-level amount paid to brand-new employees, until they learned the necessary skills and gained enough experience to be worth holding on to. It was meant to be a status or stage of development that a person might occupy for a limited time.

Yet somehow minimum wage transmogrified into a category of job; and rather than being a temporary circumstance, it became type of person, expected to exist on the same low pay no matter how long they stayed. Meanwhile, so the newbies would still make less than the longer-term workers, a new class was created — the sub-minimum wage.

As we have seen, employers come up with all kinds of reasons to avoid paying a higher minimum. There is the “wage compression” problem, which means “Then everybody else in the company will want a raise too.” Regarding the youth, there are two schools of thought. One is expressed by Erin Shannon:

The overwhelming majority of economic studies shows that a high minimum wage has the greatest negative impact on people with low-skills, such as teen workers entering the workforce.

Those who favor a low minimum, and even a sub-minimum wage, claim that the teenagers who are affected don’t really need the money, and just want to buy fancy sneakers. (They ignore the fact that only about a quarter of minimum wage earners are teens — the rest are adults with adult responsibilities.) The scrooges say that a higher minimum — or any minimum at all — is harmful to the very people it purports to care about most, because it will cause jobs for kids, and especially for dark-skinned kids, to disappear, period.

Last year, the National Employment Law Project (NELP) announced that “the research does not back up those claims,” and the references can be found in a fact sheet compiled by that organization. About the kids, NELP says this:

Teen workers are likely to be from struggling households that depend on the teens’ additional income to make ends meet. Moreover, significant numbers of employed teens are students working their way through two or four year colleges — in fact, nearly half of college students today work full time while going to school.

The scrooges want us to believe that when the minimum wage is raised, this shocking intrusion reverberates throughout all businesses at every level, and horrible things happen, and it’s all the fault of young people — especially teens of color — who have the nerve to expect to make enough money to live on. Yes, this sounds like asking a lot, when we hear that nobody any anywhere in the U.S. can afford a one-bedroom apartment on the minimum wage.

But there are kids aging out of foster care who would happily live in a commune, or a car, or share a single room with someone working the opposite shift. There really are teenagers who have to take care of themselves, and to help them do it benefits everyone.

Minimum-wage scrooges claim that small businesses are already so stressed they can’t possibly afford to pay anybody enough to live on. However, when Chicago was in the midst of its “Fight for $15,” John Arensmeyer, founder of Small Business Majority, said the following:

The vast majority of small business owners already pay their workers more than the minimum wage in order to attract and retain quality workers. By raising it across the board, more Americans will have more money to spend at small businesses. This will help them create jobs, which strengthens the economy overall.

Nice! But here is how ornery and perverse the scrooges are. A writer named Michael Saltsman labeled that Small Business Majority survey a scam, saying:

Read that paragraph a few times and see if it makes any more sense the last time than the first. And why are the scrooges so worried about small businesses, anyhow? About two-third of minimum wage earners work for places that have over 100 employees — like corporate welfare queen Walmart where, as Robyn Pennacchia points out, “the CEO makes more in an hour than most of his employees will make in a year.”

The scrooges practice what may or may not be willful blindness, for instance by taking it for granted that certain things are immutable. James Dorn wrote for Forbes:

Moreover, if the minimum wage cuts into profits, there will be less capital investment and job growth will slow.

But maybe profits don’t always have to remain at the obscene level that corporations have become used to. Maybe the system could change in ways that would accommodate the workers as much as the shareholders.

Dorn gets all sniffy about Costo:

The company’s CEO made waves when he endorsed a higher minimum wage in March of this year. Yet the membership warehouse giant has a unique retail business model (you pay to be a customer) that allows them to pay above the minimum wage and earn nearly $10,000 in profit per employee.

Well… maybe, since that is such a successful model, more businesses should adopt it! Which is exactly how “the market” is supposed to work. Somebody figures out a profitable angle, and the competitors take a cue and get a clue, and do likewise. You’d think a bunch of hardcore conservative capitalists would realize that, but they seem to suffer from a brand of selective cognitive dissonance on certain topics.

Again, Dorn says, “In order to remain profitable, businesses must either dramatically raise prices… or find ways to maintain their business operation with manageable costs.” By which he means, keep the pay down. So in all the big, wide world, those are the only two choices. But hey, boys, how about cutting those executive salaries and bonuses? The only reply is silence.

Erin Shannon, defender of low minimums and sub-minimum training wages, says, “The lower wage justifies the extra work employers must put in to teach that 16-year-old how to be a productive employee.”

Or — never mind that. Maybe we could do things a different way. A boss could forget about that sub-minimum stuff, and maybe even start people at better than minimum! The company could let prospects know that on-the-job training is one of the perks. As an employer, you don’t have to do it, but you’re doing it.

You could look at it the way mixed martial arts trainers do. If aspirants come without experience, there are no bad habits for you, the employer, to train them out of. You can mold them into the exact right kind of employees for your business. And if you pay them the minimum or better, instead of some insulting training wage, maybe they will be more willing to pay attention and respond favorably to your employee-forming efforts.