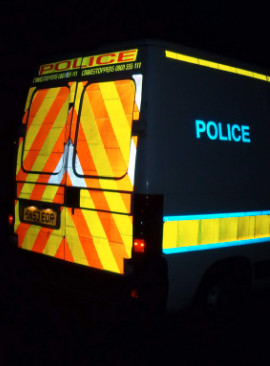 A news article about events in Denver summarized the situation in many American cities:

Currently, urinating outside is an inevitability for people who are homeless, yet it exposes them to police citation and ticketing. What is more, when an individual fails to pay a citation, or appear in court for it, they become subject to arrest. Thus, simply fulfilling a basic human need ultimately results in arrest. This greatly stalls that individual’s ability to extricate her or himself from homelessness.

The title of a piece from TheDailyBeast.com stated the case even more succinctly: “Homeless People Have to Pee, Too. Find a Place for Them & Stop Complaining About It, You Monsters.”
It quotes Shawn Shafner of The Poop Project, who agrees that prosecuting people for public urination criminalizes homelessness.

People who get dogs and don’t take them out to pee — we call them abusers. Those dogs get taken away. But for people with Crohn’s (Disease) or colitis or IBS, or those who develop incontinence with old age, or even pregnant women who need that space— we don’t afford them those same privileges a lot of the time.

And then there’s food poisoning, always a risk among people who depend on discarded food. Research confirms that a large number of people experiencing homelessness also suffer from a multitude of medical problems including traumatic brain injury.

People are walking around out there who are not even sure what year it is or what planet they are on. It is unlikely that such deeply disconnected people will go far to line up at a single restroom that is only open during certain hours of the day.

Not using a toilet is wrong, but using one is, too. Last March, in Santa Monica, CA, a burglary was reported at an apartment building with an untenanted unit. Inside, police found a man who just wanted to use the bathroom of an empty apartment whose door, he said, he had found unlocked. He had even brought his own toilet paper roll. Arrested for trespassing, he was taken to jail and his bail amount was set at $5,500.

A little farther south, in Orange County, an elementary school located next to a park has apparently been troubled by years of intrusions by people who need the facilities. The reporters don’t mention anything about any proposals to set up a port-a-potty or washing facilities. However, the District Superintendent has promised that a fence will be built and police patrols will be increased. Farther north, in Berkeley, where public elimination is of course outlawed, activists discussed the idea of mass break-ins at municipal administration buildings — not to steal, vandalize, or take hostages, but simply to use the porcelain facilities.

In Tucson, where people could sleep on sidewalks but not on grass, fast food outlet manager Nathan Hauser characterized a downtown encampment as “counterproductive,” particularly because a nearby park, used as a restroom, was a blight and a burden on the taxpayers. He said:

He was talking about townspeople and visitors, of course, but chances are, the people who are forced into this kind of behavior don’t actually enjoy it either.

The perceived need for debate stalls a lot of projects, as local officials seem unable to get past the stage of mulling over the pros and cons of public conveniences. They say things like, “We don’t have a definitive yes or no response on this issue at this time. There are a lot of variables that need to be considered.” Bathrooms, they say, need to be maintained, monitored, and managed. (So do golf courses, but cities that have them don’t seem to suffer from paralysis of the will over that topic.)

Last year in Fort Wayne, Indiana, there was discussion over whether to keep a downtown park’s restroom open all the time, rather than just during civic events. The Parks Director reminded the public of the expense that would be incurred by cleaning and maintenance, and liability insurance, and constant police attention. Compassionate City Council candidate Rev. Terry Anderson called a press conference, and brilliantly chose for its location a railroad overpass that traditionally served as an open-air latrine.