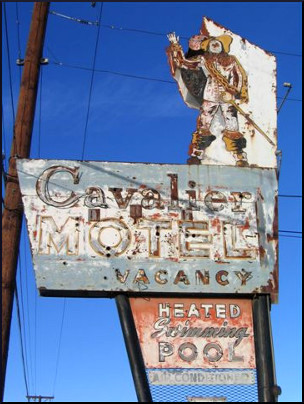 This is the last of a connected series of posts examining first the phenomenon of families living in motels for years at time; the activities of the giant corporation known as Airbnb; and then asserting that these two things together constitute a monstrous crisis.

In any municipality where more than half of Airbnb’s listings are entire houses or apartments laws are probably being violated. If a city decrees that the owner must be present on the premises to make it legit, landlords with multiple Airbnb listings are obviously out of compliance.

Not long ago, it became widely known that in many cities, in the words of journalist Tim Redmond, “the vast majority of units rented out through the company are not rooms in apartments or flats but are entire buildings.”

Could it be greed?

What landlord in her/his right mind would settle for hard-working long-term tenants, when several times the profit can be made by renting to a series of travelers from out of town. The lavish availability of Airbnb spaces does not do much for the middle-class or lower-class American.

The poor who urgently need to travel for family emergencies or in pursuit of employment are probably not prospective Airbnb customers. In former days, they would stay in cheap motels. Now, when motels are filled with people who are one step from homeless, how do impoverished travelers cope? Spend nights in the parking lot of the hospital where the relative they came to see is dying?

Some perceive Airbnb as an upper-class mutual aid society. Sure, landlords take advantage of the situation to extract every possible dime. But their renters are often members of the same class, who are property owners back where they came from. Yet they have the means to occupy another place that is not their home — a place that could be an actual home to a local family —
if prices were not so absurd. Airbnb affects low-income people by removing from the market the kind of rental stock needed by families of modest means.

In some places, even having a job does not make it possible to live under a roof. Airbnb enjoys a brisk trade in Telluride, Colorado. The people who live in the mountains, and do the work to make things nice for the tourists, sleep in tents and cars, and spend hours per day commuting in winter weather conditions.

In October, Airbnb sued the state of New York after Governor Andrew Cuomo signed a bill that imposes steep fines on hosts that list empty residences in multi-unit buildings for less than 30 days. The state says these short-term rentals open the door for landlords to operate illegal hotels…

New York passed one of the nation’s most onerous anti-homesharing laws last year, but residents don’t seem to be taking it all that seriously. There were more than 55,000 Airbnb rentals in the Big Apple on the final night of 2016… despite the state law that prohibits the advertising of short-term rentals and the threat of $7,500 fines.

[…] the city now pays to put up a mind-boggling 11,000 homeless people in hotels — nearly one in six of the roughly 61,000 previously in shelters — costing taxpayers an average $222 a night compared with $150 a night in shelters.

Part of the reason why hotels go belly-up is oversupply. But for some perverse reason, developers insist on building more and more of them — despite the clear evidence that the desperate need is for long-term housing. Christine Lagorio-Chafkin explains how…

[…] what bills itself as a company that lets homeowners rent out spare bedrooms has now spawned, globally, thousands of what can — rightly, I believe — be called private hotels. The problem with running private hotels is that cities have various ways they tax and regulate the hotel industry, and Airbnb is largely skirting them…

From a policy perspective, the real issue is whether there are a lot of units that have been removed from the housing market because of short-term rentals…

Sure, other factors affect the supply of hotel rooms and rental housing in the overall market. Restrictive zoning has been an inhibiting force for decades. In the few cities that have some kind of rent control ordinances, that is where blame for the housing shortage is likely to be directed. But the unavoidable truth is that, because of Airbnb’s wild success, landlords take their properties out of the long-term rental sector.

The insanity of it

There is a pattern of ugly circularity to all this. With more Airbnb spaces, fewer families and individuals can find housing, and people barely escaping homelessness stay in motels, which encourages the conversion of more housing to short-term rentals. Travelers inhabit premises originally meant for permanent residents, including families. They relax in spacious, well-maintained quarters, and are granted privacy, respect and dignity.

Meanwhile, people who actually live in the city are holed up in what were meant to be temporary accommodations for travelers. Local residents make do with cramped, neglected conditions, with their whole lives on public display, vulnerable to persecution by both criminals and law enforcers.

Let’s take this post and the previous three, and boil them down to an “elevator pitch.” If you had 15 seconds to tell somebody the homelessness problem in a nutshell, this is one effective way to frame it: We have a nation full of families living in places meant for travelers, while travelers are in places meant for families. Whatever the solution is, we need to find it fast.