Guilty of Breathing While Homeless 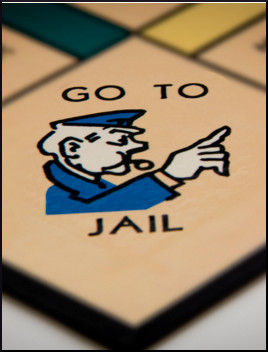 Last week we mentioned a fellow whose dentures were stolen by the authorities in their quest to “clean up” San Francisco for a gigantic sports event. Oscar McKinney has other problems too, like a couple of dozen citations for loitering, sleeping, and just generally Breathing While Homeless.

In that legendary city, law enforcement is relentless against homeless people who are “engaged in necessary, life-sustaining activities.” According to ThinkProgress.org:

There are 23 city codes criminalizing things like standing or resting in public, sleeping in public places and cars, and panhandling… Police issued nearly 23,000 citations for violations of these codes between 2006 and 2014.

This game has many variations. For a Change.org page that has not been archived, “Slumjack Homeless” once described being ticketed for sleeping on a sidewalk:

Now I’ll have to go to court (more costly and wastefully time consuming than you can imagine, requiring going all the way to another city to do so) where they typically then impose fines (far more “expensive” in this predicament than you might realize) which can also be “paid” via “community service” […] which means working, unpaid, for perhaps 30 hours or so. Free slave labor, really, and from people that STILL can’t sleep or live anywhere.

In nearby Marin County in 2011, Legal Aid attorney Maura Prendiville took a look at the stats, which at the time reported approximately 5,000 people in the county experiencing homelessness or extremely precarious living situations. Even though there was no shelter space, people were ticketed for sleeping outdoors, and for numerous petty infractions.

Activists created a pilot program with the goal of helping people avoid, rather than accrue, criminal records. The community court would have the option of referring defendants to substance abuse programs and other mental health services. Here too, people could “work off” their fines with the judge’s permission.

CBS news quoted Rick Buquia, who described they cycle of court appearances, volunteer work, and jail that had become his life. The reporter wrote:

He has been homeless for three years and is facing a $1,000 ticket he simply cannot afford to pay.

In Looking Up at the Bottom Line, House the Homeless President Richard R. Troxell narrates the beginnings of the battle for sanity in Austin that later, after years of work, resulted in some relatively humane rules. Under a proposed ordinance, sleeping rough would be a criminal offense with a fine of up to $500. People would get tickets they couldn’t pay for, and then be locked up and emerge with criminal records.

The city had only a few hundred shelter beds and a homeless population of several thousand, so how was this supposed to work? Richard wrote:

To some, the idea was ludicrous, for if the homeless had $500.00 surely they would opt to sleep somewhere other than under a bridge. For others, the homeless were merely being asked to pay their “debt to society” for their crime of sleeping in public… These people would then be returned to the streets, still without jobs, or still without jobs paying living wages. They would still have no access to affordable housing, and the only continuity in their lives was that they were assured of being arrested again… and again.