How Toxic is the Sub-Minimum? 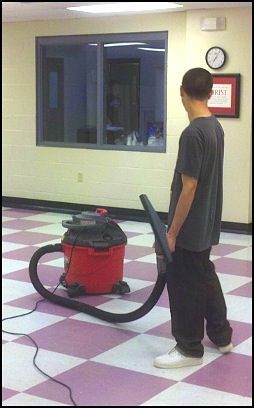 The Fair Labor Standards Act (FLSA), enacted in 1938, allowed for the granting of Special Wage Certificates, so that both companies and nonprofits could pay disabled people less, because of being less productive. Recently, House the Homeless urged readers to consider signing the Petition to Support Fair Wages for Workers with Disabilities, which aims to repeal Section 14(c) of the FLSA.

Compensation is definitely an issue. 14(c) provides for no floor, no bottom level of pay. People were found to be working for 2 cents per hour, and similar absurd amounts. Several persuasive arguments are contained within the petition. They boil down to, in the words of Kimie Beverly, Government Affairs Specialist at the National Federation for the Blind (NFB), “If there is going to be a minimum, it should be for everyone.”

Employers who favor retaining the sub-minimum will point out that some folks truly are so disabled, it just doesn’t make any sense to pay them more than a pittance. But… the individuals derive from the earning experience a self-esteem that is priceless. Or so the spin goes.

In a substantive overview of the various pro and con arguments, Sarah Blahovec, the author of The Huffington Post article and an advocate for people with disabilities, has this to say about that:

However, is that satisfaction considered more important than the fair treatment of hundreds of thousands of workers who could be fully productive with the right training, and who need their jobs for meeting living expenses, as opposed to just providing a sense of pride?

Companies can get individual certificates, and overall, they employ far fewer people on the sub-minimum level than the nonprofits do. If they didn’t hire people with disabilities they would not have acquired their juicy government contracts in the first place, and big companies can certainly afford to pay minimum wage at least.

But despite rules about productivity testing and other aspects of the relationship, the amount that a person can be paid is pretty much arbitrary. The chance for advancement is slim, on account of an interesting wrinkle in the law, which excludes supervisory and managerial positions. If a sub-minimum wage employee were to be promoted, they would have to be paid the going rate, and the company obviously would not gain as much profit.

It doesn’t get any easier

Even in the circumscribed world of sheltered workplaces, it is difficult to rise. Non Profit Associates, or NPAs, also get an exemption under the requirement that “75% of total direct labor hours must be performed by people who are blind or have other significant disabilities.” (This does not mean that three-fourths of the employees have to be disabled, but that three-fourths of the billable hours of work is done by them.) Problem is, if people were promoted in rank, it would take them out of that pool, which would affect the bottom line, and less money would be available for the top executives.

Unintended consequence or not, the law does the opposite of what it set out to do. Rather than bring the perceived outsiders into the society’s mainstream, it cordons them off in segregated employment ghettos. The original goal was to achieve the “most integrated setting” that would promote the mingling of non-disabled people and those with disabilities. As things stand, the instances of anyone transitioning from sheltered employment into the larger world, are few and far between.

In 1971, the Javits-Wagner-O’Day Act required that all federal agencies should buy various supplies and services from nonprofit agencies that employed people with disabilities. It defined who could do what, and under what circumstances.

After many years, in 2006, the program that potentiates the law was renamed AbilityOne. It’s administered by the Committee for Purchase from People Who Are Blind or Severely Disabled, which decides what commodities and services the government should purchase.

Interestingly, its biggest customer is the Department of Defense, and it is under the authority of Homeland Security. AbilityOne coordinates the activities of 550 NPAs in more than 1,000 locations, and helps to employ 46,000 people including wounded veterans.

Still, critics, believe that AbilityOne abets in the maintenance of barriers to integration in the workforce. Because the pay scale is based on performance, there has been litigation over how performance is measured. The feeling in many sectors is that AbilityOne basically does not do what Congress intended, and that it needs to be retooled to reach consistency with the intentions of the Rehabilitation Act.

Not the first try

Many attempts have been made to relegislate the provisions of 14(c), but so far without success. In 2014, President Obama issued an executive order setting the hourly minimum at $10.10, which is a big improvement over 2 cents. But as long as that minimum was met, it still allowed workers with disabilities to be paid less than others. And it only applied to companies with federal contracts, which are not that many. According to Kimie Beverly, only 7,000 people are in that category, out of 194,000 currently affected by the sub-minimum wage.

In 2014 the Workforce Innovation and Opportunity Act (WIOA) tried to beef up the provisions for paying disabled youth in particular. A letter sent last month by the NFB to the Secretary of the U.S. Department of Education said:

This 75 percent direct labor requirement, as stated in the current statute and in the letter, is inherently incompatible with WIOA because the work settings are disproportionately filled with employees with disabilities. These settings cannot be considered integrated. Rather than incentivize work in the community, the direct labor ratio requires large-scale retention of employees with disabilities in majority-disability workplaces.

Under Congress’s new definition of “supported employment,” people with disabilities cannot be paid subminimum wages unless the employer is integrated.

But if the workplace is thoroughly integrated, how can it fulfill the rule that 75% of the hours will be worked by people with disabilities? It seems to be an instance of dueling, mutually incompatible laws.

(To be continued… but meanwhile, please sign the Petition to Support Fair Wages for Workers with Disabilities.)