Many Factors in San Francisco Crisis 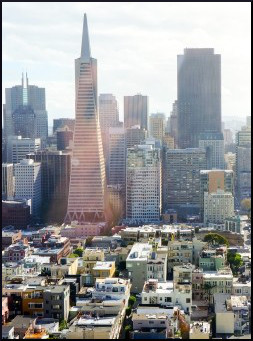 San Francisco is one of the cities that the rest of the nation looks to for an example, whether good or bad. If the affordable housing crisis were a science problem, the city would be one big petri dish. Single room occupancy units and the depredations of Airbnb are only two of the many factors in play.

At the beginning of this year, the Office of Short-Term Rentals (STR) put a crimp in Airbnb’s style by requiring licenses. In his newspaper column, activist Randy Shaw praised landlords for complying so quickly and cooperatively, and then went on to suggest reasons that might have prompted this excellent behavior. Maybe SRO rents had risen so high that landlords were content to get along without the illegal Airbnb income.

If true, that would only be good for landlords, and bad for long-term residents. But it’s also unlikely, because people who own buildings always want to wring every possible cent out of them.

Because the hotel industry made no secret of its intention to challenge the new law in court, there is another theory. Knowing that a judge will be scrutinizing their case, the landlords temporarily cleaned up their act, to avoid being perceived as a bunch of dodgy scofflaws. Overall, the most likely reason for the improved behavior is that Internet advertising is out there for everyone to see, and getting caught is guaranteed.

As always, there are unintended consequences. Efforts to guarantee more rights for SRO renters have prompted a surly response from some landlords. They say, in effect, “You want people who stay more than a month to be treated like tenants? Fine. How about we require first and last month’s rent and a security deposit, to move in? Oh, and we’ll start doing background checks.” As Shaw wrote, “If the marketplace supports such additional upfront payments, then such changes are fine by me.”

It is hard to understand how an anti-homelessness activist can so blithely dismiss the threat. First and last month’s rent, plus deposit, is an enormous amount of money that is for many people an overwhelming barrier — yes, even if they are employed!

A long look through a jaundiced eye

Another rule that was meant to be helpful states that a building owner who removes a “residential” tenant from a room, in order to convert it to tourist use, is required to find another room for that displaced residential tenant at the same rent as before. Joe Eskenazi says this “creates incentives to leave residential rooms empty.”

Over a period of months, he produced a series of pieces for the San Francisco Public Press exploring various aspects of the local housing crisis, including the mysteries of why landlords act like they do. He says that some keep rooms empty for months or years:

[…] driving up the value of a building that may eventually be transformed into a high-rent, shared-living space for the city’s transcendent new residents. Other owners are holding those rooms empty, perhaps in search of an even bigger payout down the road when they sell their buildings.

This still does not explain why it is more profitable for an owner to keep a place unoccupied rather than collect rent. There does not seem to be a tax advantage, as far as the federal government is concerned.

Many people are under the impression that vacant property can be “written off as a loss” but apparently this is not the case. Landlords will ask outrageous rent, and stubbornly let a property remain empty rather than accept a smaller amount of rent. Eventually, “the market” will catch up, and meanwhile, they don’t have to pay to maintain the empty place, which can sit suspended in time like Sleeping Beauty’s castle, until a prince comes along.

In a fancy city like San Francisco, a lot of homes and apartments are owned by people from other states and even other countries, who are interested in the investment value of real estate, but only from the angle of reselling it for a huge profit, not at all in the hassle of renting it out. Of course landlords blame the measures that were taken to protect tenants, such as rent control, affordable housing mandates, anti-eviction laws, and anti-new development laws.

So, you’re a landlord

Say, you’re a landlord who cleverly gets rid of a bunch of old, low-paying tenants and acquires a batch of new, high paying tenants, or even leaves a building empty — then what? Eskenazi wrote about the scourge of the Mission District, Anna Kihagi, who has been called rapacious, abusive, predatory, and (by tenants) names that cannot be repeated here:

For years, Kihagi and her family members […] bought up building after building in this city and, particularly, the Mission. Harassment of tenants, especially long-standing rent-controlled tenants, many of whom are elderly and disabled, followed thereafter, as did evictions and new, market-rate rentals… Kihagi brings in swollen — and now provably illegal — income from buildings to inflate her income stream and then borrow against it to buy new buildings and repeat the process.

As Deputy City Attorney Peter Keith described it, “The paper value of the building skyrockets, so there’s more to borrow against to make the next down payments on the next buildings.” If the city’s prosecution of Kihagi for illegal eviction of rent-controlled tenants is successful, the increased value of those buildings might help pay off cheated renters and other creditors.

Also, if the city wins, it can reset the rents to previous levels. But even if the greedy landlord’s grand plan fails in that sense, it will still have succeeded in uprooting a great many people and lowering the quality of their lives.

This year, the U.S. Tax Day falls on Tuesday, April 17. Once again, we will be leading “Tax Day Action!” protests at the nation’s Post Offices demanding a living wage. We invite you and your community to join us at the Post Office this April 17. Send in photos of your event!