The Homeless Still Kicked When Down 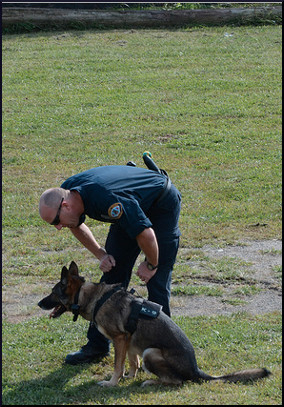 Our northern neighbor Canada does not always set a good example. Toronto has been a very tough place for some time.

In 2012, things were so bad they were holding Homeless Memorials not just yearly, but every month. One of those remembered was Louis Quinn, who died owing the city as much as $30,000 because of the almost daily tickets he was issued for panhandling and encumbering a sidewalk.

Of course he wasn’t the only one. Research showed the insane but unsurprising fact that handing out such tickets used up a million dollars worth of police labor time each year. There were millions of dollars worth of unpaid fines, and the city recouped some spare change by selling the debt to collection agencies, who were then highly incentivized to cause even more grief in the lives of people experiencing homelessness.

If they don’t pay up it goes against their credit rating. Then if they do manage to make it back on their feet, their negative credit rating rating could prevent them from obtaining a credit card, renting an apartment, leasing a car or even acquiring a cell phone contract.

Apparently, matters on the Canadian front have not improved. This enlightening paragraph was written earlier this month by Patrick Lejtenyi for Vice.com:

It’s no secret that Montreal cops have monthly ticket quotas to meet. The police admitted as much two years ago… Those quotas are being met in large part by handing them out to the homeless, even with the knowledge that the fines will likely never be paid.

Isabelle Raffestin, coordinator of the Droit Devant legal clinic, told the reporter about a typical case, in which a middle-aged man, ill in both body and mind, owed the government the equivalent of $18,000 USD in fines that stemmed from his homeless condition. Another source mentioned knowing several young people who had made some progress toward getting their lives on track, but who had been dragged back into penury, and even imprisoned, because of the fines levied on them for doing things that housed people have no need or reason to do, or at least tend to get away with.

The good news is that Montreal has a municipal court program where the possibility exists of convincing the public prosecutor to extend amnesty and tear up the tickets. But is that the best solution? Lejtenyi writes:

Those who have lived on the streets and gone through the legal system say the homeless in Montreal are caught in a weird echo-chamber of the city’s making. They are well-served when they want to access social services, programs, and legal aid — but they wouldn’t need them if they weren’t made such easy targets for police in the first place.

It begins to sound as if homelessness is just a gigantic job-creation program for civil servants. In America, House the Homeless has mentioned the ever-increasing number of “sweeps” that take place in cities where enormous resources are used to move people experiencing homelessness from one place to another, invariably losing stability, and possessions, along the way.

One sorry example is Denver, Colorado, where police have become increasingly aggressive and brutal. Meanwhile, over the past three years the city’s police department has spent upward of $1.3 million on its media relations department.

A statement from their boss said their duties include:

Including, no doubt, plenty of spin and lots of damage control. Apparently it has not occurred to the city that better police training and more humane policies might obviate the need for costly public relations efforts. Meanwhile, even worse stories are out there. In Orlando, Florida, last year, a public defender made news:

Robert Wesley wants to put an end to low value arrests with high court fines, which he said hurts the homeless and is a burden on taxpayers because of the cost incurred during the cases that the defendants ultimately can’t pay.

Wesley told journalist Stewart Moore about a particular case where a man dying in a hospice had to be guarded by police at all times, at ridiculous cost to the taxpayers. Technically, he was under arrest for not paying homeless fines.