The SRO — a Much-Needed Housing Solution 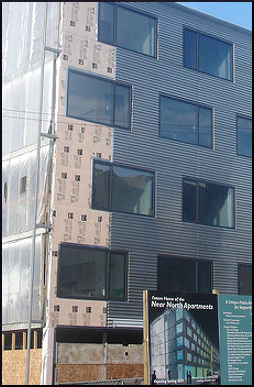 The constant shrinkage of the SRO stock (the number of Single Room Occupancy rooms) in America is shameful, and for various historical reasons San Francisco has been particularly hard hit. Recently, Frances Saux wrote:

A 1979 study counted 26,884 SRO units in San Francisco, and those numbers were diminishing. By 2011, the number of residential units stood at 18,910. Those numbers have gone up slightly; in 2015, the city reported a total of 19,166 units, but that includes units that are no longer affordable to low-income residents. Of the Mission’s nearly 1,000 SRO units, 75 — or 8 percent — had become unaffordable for low-income residents by 2015.

Another source says that since the 1970s, more than a third of the city’s SRO stock has disappeared. Many bad things have happened to these buildings, like arson fires set by landlords who wanted to get rid of indigent tenants and build something new and expensive. The Mission SRO Collaborative formed to raise tenant awareness about that danger.

In 2012, a survey carried out buy a coalition of nonprofit agencies learned that “as many as half of SRO residents lived in buildings where there was no elevator, or one that wasn’t always accessible because it wasn’t always working.” Thousands of elderly and disabled tenants were stuck having to walk up and down many flights of stairs, or stay marooned in their rooms.

In 2014, an estimated 30,000 people lived in San Francisco’s SRO dwellings. In that same year a tourist guide, TripAdvisor.com, spoke quite frankly:

In many cities today, SROs are often associated with the homeless, sometimes with just plain bums. Local government, social service agencies, and parole authorities use these, quite frankly, to dump people who aren’t placeable elsewhere. Poor retired law-abiding people who can’t afford apartments may live near chronic street people, criminals, felony parolees, people recovering (either genuinely or supposedly) from substance abuse, the mentally ill, and others who can’t quite fit into the mainstream.

The literature went on to lament that families who can’t find other shelter often live with several people to a room in SRO establishments, and strongly implied that tourists would really be better off somewhere else. Which actually is a great idea. Stay away, tourists, and leave the poor people’s housing alone.

Elderly, low-income, and disabled tenants have always needed protection from rapacious property owners. In more recent years, SROs have been important for undocumented people. Landlords know how difficult it is to find a place. Tenants are unlikely to complain about leaks or bugs, or otherwise “make trouble” for a landlord when they face a very real risk of winding up homeless or worse.

It is hard to keep track of all the political and financial maneuvering that affects housing. In 1981, San Francisco passed Ordinance 41, whose object was to stop the loss of single residential units via conversion or demolition. Apparently the local ordinances around housing have loopholes that allow an SRO to renovate a room and raise the rent to whatever the market will bear.

And SROs have been renting out rooms via Airbnb, which has in fact been class-action sued by a group of tenants in the Tenderloin district. Obviously, when a property owner has access to wealthy tourists and visiting executives with expense accounts, why should they waste their time with tenants who receive government assistance?

Why indeed? Except for the crazy notion that humans should let human needs triumph over greed.