Veterans Come Home to What? 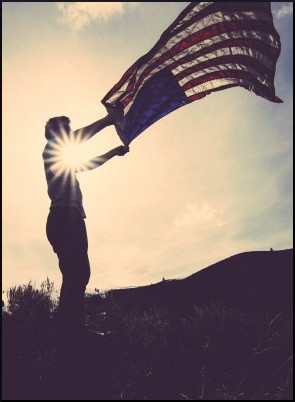 We are meditating on the various figures of the Home Coming sculpture, and what they represent. Last week, we focused on the veterans who are also parents, and this week it is the veterans again, because there is more to say about them.

Looking for statistics, a seeker finds plenty of interesting details. For a lot of people who are still living, Vietnam was “our war.” The veteran depicted in the Home Coming grouping? It was his war, too.

So here is an interesting paragraph from a 2015 report assembled from studies done by the RAND Corporation, the Congressional Research Service, the Veterans Administration, the Institute of Medicine, the U.S. Surgeon General, and others:

The findings from the National Vietnam Veterans’ Readjustment Study […] in the 1980s initially found that for “Vietnam theater veterans” 15% of men had PTSD at the time of the study and 30% of men had PTSD at some point in their life. But a 2003 re-analysis found that “contrary to the initial analysis of the NVVRS data, a large majority of Vietnam Veterans struggled with chronic PTSD symptoms, with four out of five reporting recent symptoms when interviewed 20-25 years after Vietnam.”

One lesson to take away is that obtaining the numbers is a dicey proposition, for reasons House the Homeless has discussed before. One reason for that is, each human research subject is part of a cohort and a demographic and whole lot of other subcategories, in a place, within a certain time period. Are we going to talk about every vet who was ever diagnosed with PTSD, or the undiagnosed cases too? But if they are not recognized and identified, then how can they be counted?

The same is true of veteran suicides. Even when everyone has the best intentions, there is plenty of room, and incentive, for fuzziness and fudging. If a life insurance policy is involved, but it has a no-suicide clause, labeling this death as suicide might not be in the family’s best survival interest.

All these matters are much more complicated than the general public suspects. Which is why it is so useful to reduce all the abstractions to a very solid thing, a grouping of bronze figures with a story to tell.

We do not know if the vet in the Home Coming statue has ever suffered a head wound or blow to the head that led to traumatic brain injury, but if he didn’t, he certainly had friends in the military who did. We don’t know if he has ever contemplated suicide, but it would not be too presumptuous to assume that he experiences a certain amount of post traumatic stress disorder (PTSD) , and possibly chronic pain from some past trauma.

Even though statistics come with serious caveats, here are a few random examples:

“Veterans statistics: PTSD, Depression, TBI, Suicide” is a bountiful source of links to sites with lots of numbers. We also recommend a 58-page presentation by Hal S. Wortzel, M.D., who has a list of credentials a mile long qualifying him to speak on “Risk of Traumatic Brain Injury, Post-Traumatic Stress Disorder, and Suicide in OEF/OIF Veterans” (Afghanistan and Iraq).

Here’s the House the Homeless directory of posts and documents filled with vital information about these important matters: